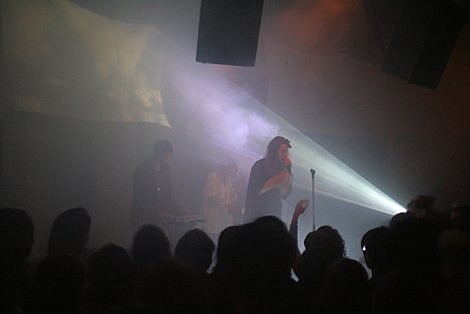 Almost a year after being booed off the stage at Fader Fort during SXSW, and about six months after the release of their album King Night, the stylish and hotly debated and often written about in the NY Times band Salem will take their codeine-laced jams on the road for a string of headlining dates. Eleven North American cities will get a dose from the witch house rapegaze doom crunk dark pop band, and NYC is one of them; look for Salem on March 19th at Santos Party House. Tickets are on sale.