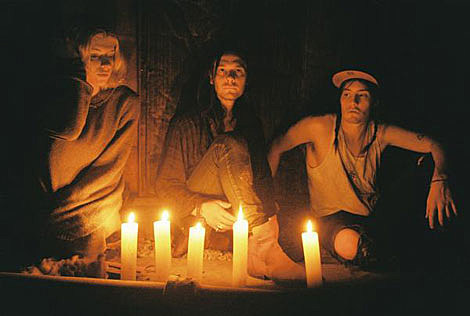 "If we wanted to, we could go on about how this is a perfectly timed reaction to all the beach jams released this summer, but we know it's not like that. No, it's just Salem pumping out another ultra-creepy windswept song, no matter what the temperature, only this time they've added some complexity to the drum programming, unscrewed the vocals and turned the whole thing into a battle between lush misery and the kind of marching band drum machine claps we expect from Mannie Fresh. We're more or less watching this band go from good to really awesome, and that's a good situation to be in. "Frost" is the a-side from Salem's 7-inch release with Audraglint." [Fader]

As far as we can tell, Salem only has a handful of releases to their name. Recently they released a single for the track "Frost/Legend" on Audraglint. The video for the "Legend" is below; "Frost" and more are streaming on their MySpace. Salem split a 7" with Tanlines as the December pick for the Fader/SoCo single series. That's streaming.

Flyer and videos are below... 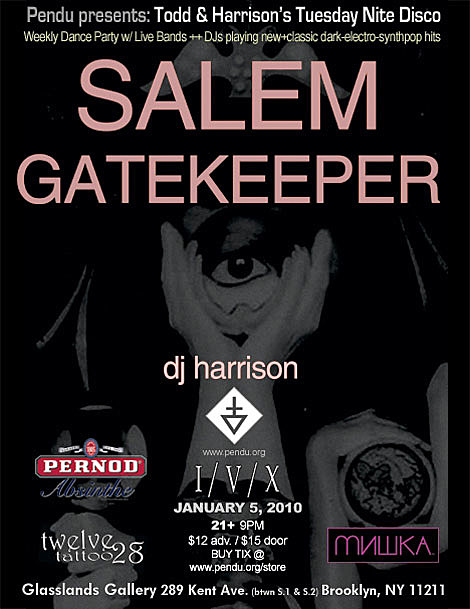