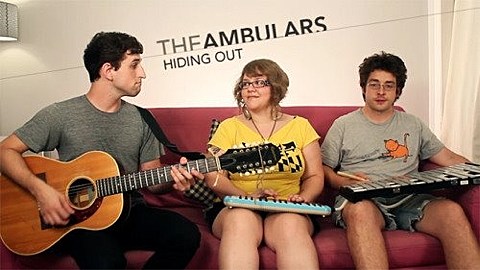 This Saturday (8/17) at Silent Barn, Salinas Records will throw a tenth anniversary party, which is being dubbed "Punk Is Important." Brooklyn/Philly lo-fi pop punks Swearin' and related band Radiator Hospital (fronted by Waxahatchee collaborator Sam Cook-Parrott) are playing, as are Ginger Alford (of Good Luck), Little Lungs (whose Angie Boylan is now in Aye Nako), the now-defunct PS Eliot (whose lineup includes Swearin's Alison Crutchfield on drums and her twin sister, Waxahatchee's Katie Crutchfield, on vocals), the now-defunct (but don't call it a reunion) The Measure [sa] (whose members are now in Pity Party, Worriers, and other bands), the now-defunct North Lincoln (who currently have a member in Wormburner), North Lincoln's also broken-up pals The Gibbons, The Ambulars, The State Lottery, Delay, and All Dogs. Flyer below.

Swearin' also have a bunch of other shows.

If you haven't heard The Ambulars' late 2012 LP, Dreamers Asleep At The Wheel, it's a similar kind of raw pop punk to Swearin' or Radiator Hospital, and should appeal to fans of those bands. Ohio's All Dogs' half of their new split with Slouch is in that realm too (to give you an idea, there's a Muffs cover on it), and that one's also pretty great. (They also have a new 7" on the way.) Stream both of those releases below.

In related news, Salinas Records recently announced they'd be releasing a Guided by Voices tribute with covers by Swearin', Waxahatchee, Screaming Females, and Upset. It's supposed to be out in time for the Screaming Females, Waxahatchee, Tenement tour, which hits NYC on 9/14 at MHOW and 9/16 at Bowery Ballroom. The latter also includes Aye Nako. Tickets for both are still available.

The Ambulars - Dreamers Asleep At The Wheel 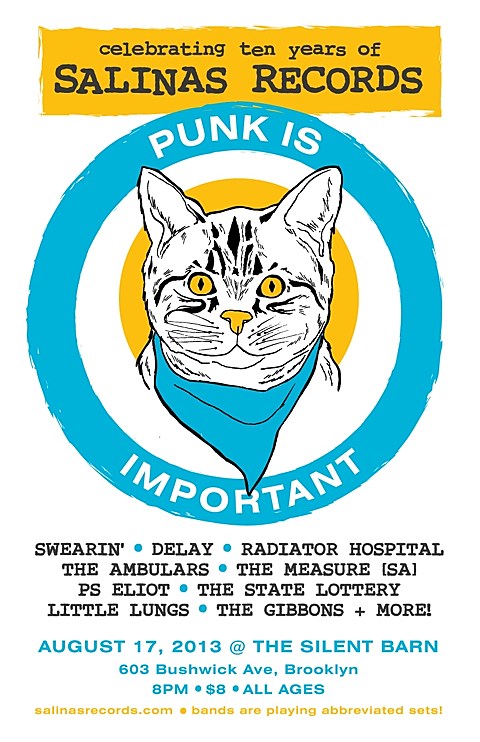