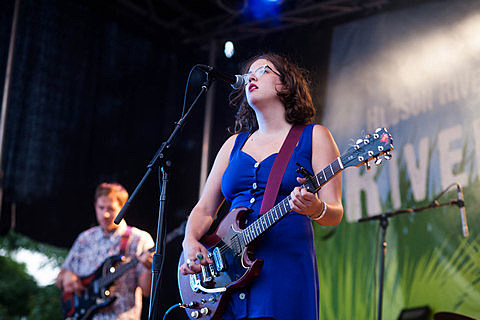 Portland, OR's Sallie Ford & the Sound Outside were just in NYC, having played River Rocks with Generationals and Waxahatchee. Sallie is continuing to tour for this year's Untamed Beast, and will be back on the East Coast in November for a short string of dates with Mount Moriah (whose new album is out now on Merge). Those dates include a NYC show at Mercury Lounge on 11/2. Tickets for that show go on AmEx presale starting today (7/24) at noon and go on sale to the general public Friday (7/26) at noon.

All dates are listed, along with the video for Sallie's new single "They Told Me," below...

Sallie Ford & The Sound Outside - They Told Me