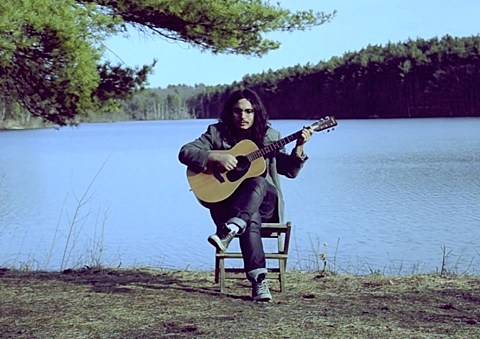 Earlier this year, Baltimore psych musician Michael Collins changed his name from Run DMT (not to be confused with the dubstep producer) to Salvia Plath, and announced that his first album under the new moniker, The Bardo Story, would be out on July 9 via Domino imprint Weird World. Though you'll have to wait until next week for its official release, you can now stream the album in its entirety on Pitchfork. It's a nice album indebted to late '60s jangly psych pop, and worth a listen. Check it out.

The day after the album's release, Salvia Plath will head to Brooklyn to celebrate with a show at 285 Kent on Wednesday (7/10) with DJ Dog Dick, PC Worship, Close Encounters, and The Mild High Club. Tickets for that show are on sale now. It's his only announced date at the moment.

Video for the album's single, "House of Leaves," below...