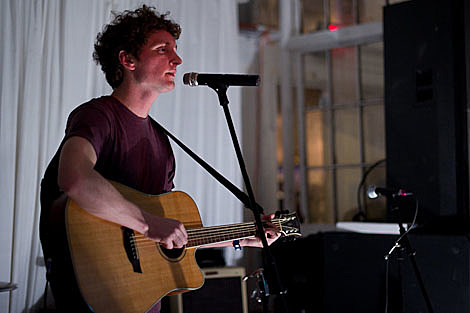 Sam Amidon is releasing a new album of re-imagined folk songs, Lily-O, on September 30 via Nonesuch. The album features jazz guitarist Bill Frisell, as well as past Sam Amidon collaborators Shahzad Ismaily (bass) and Chris Vatalaro (drums). You can check out "Walkin' Boss" from the new LP, below.

Sam also has some dates coming up, including a previously discussed appearance at "Nonesuch Records at BAM" on September 20, along with Kronos Quartet, Natalie Merchant, Rhiannon Giddens and Olivia Chaney. Tickets for that show are still available.