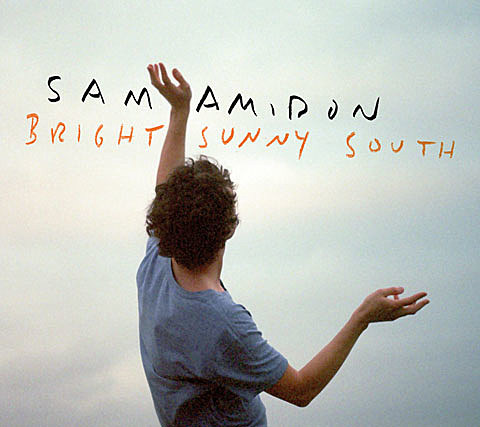 I just got excited when I read today's announcement that:

Produced by Amidon with his childhood friend and longtime collaborator Thomas Bartlett (a.k.a. Doveman) and legendary English engineer Jerry Boys (Buena Vista Social Club, Vashti Bunyan, R.E.M.) and recorded in London, the record features a band made up of Bartlett and multi-instrumentalists Shahzad Ismaily and Chris Vatalaro. Jazz trumpeter Kenny Wheeler also makes a cameo. Amidon himself not only sings but also plays banjo, fiddle, acoustic guitar, and piano on the album.

To celebrate the release, Amidon will performon May 16 at New York City's Le Poisson Rouge with Bartlett, Ismaily, Vatalaro and special guests (to be announced). This is Amidon's first full-scale band performance in New York City since the release of his previous album I See The Sign in 2010, although he has recently performed in New York as part of Doveman's Burgundy Stain sessions, in duo with Bill Frisell, and in collaboration with Nico Muhly, Beth Orton, and others.

Amidon describes Bright Sunny South as a "a lonesome record" and a return to the more spare sound of his 2007 self-recorded debut, But This Chicken Proved Falsehearted: "There was an atmospheric quality to my last two records; those albums are like a garden of sounds," says Amidon, "but this one is more of a journey, a winding path. The band comes rushing in and then they disappear. It comes from more of a darker, internal space."

A longtime admirer of Boys' work, Amidon was particularly enamored of his recordings with Martin Carthy in the 1970s, as well as the Ali Farka Touré/Toumani Diabaté duet albums on World Circuit/Nonesuch: "Those are so beautiful. I listened to all of that. I loved the sense of documentation, the unadorned quality. Everything sounded so clear."

Tickets are still available for the May 16th show which you could also say is yet another Doveman-related gig that we missed in our Doveman roundup yesterday.

Sam's only other announced gig is part of Wilco's Solid Sound Festival this summer.

Liten to a track from Sam's new album, along with the full tracklist below...