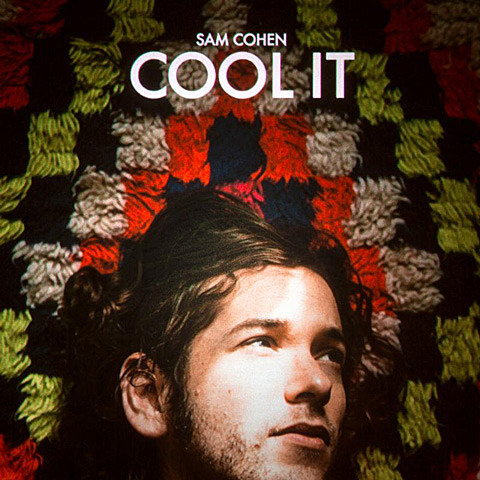 So those Yellowbirds records were pretty good, and people started asking me to produce their records. I worked on a ton of albums; playing, producing, engineering, collaborating in many different ways (sometimes with famous people).

I started to hear what I sound like, so I became Sam Cohen and made my latest record, Cool It. It's mostly just me alone in a room, playing guitars, drums, bass, synths, singing, recording in both haphazard and elaborate methods. A few songs have my beloved Yellowbirds bandmates (Josh Kaufman, Annie Nero, and Brian Kantor).

Cool It is melodic, lightly psychedelic guitar pop that has a lot of unassuming charm. It's a grower. You can stream "The Garden" from Cool It below.

Sam's only scheduled date at the moment is here in NYC, he's playing Rough Trade on March 26 with Invisible Familiars and headliners Jack Ladder & the Dreamlanders. Tickets are on sale.

Speaking of Jack Ladder, he plays the BrooklynVegan free day party on Saturday (3/21) at Red 7. Video and album tracklist are below...