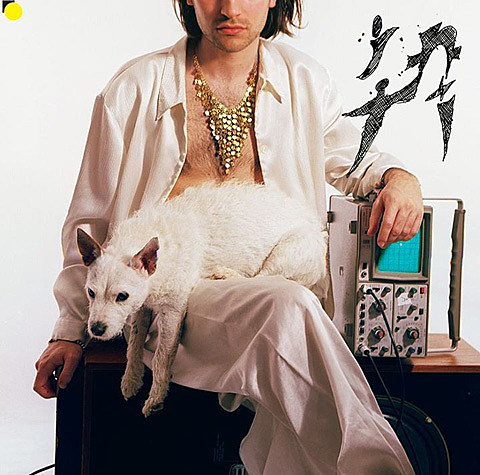 Some of you may remember mid-'00s UK band Late of the Pier who were lumped in with the "nu-rave" genre that included Klaxons and New Young Pony Club. Their sole album, 2008's Fantasy Black Channel, is one of the weirder records of that era, mixing post punk guitars, synth pop, g-funk, glam histrionics, and prog, often within the same song. The band broke up in 2010 but singer Sam Dust now makes music under the name LA Priest. His debut, Inji, was just released via Domino and while Dust is still an odd bird, LP Priest is more focused, sonically, sticking mainly with melted funk slow jams. You can stream the whole record, and check out videos for its two catchiest/danciest tracks ("Oino" and "Learning to Love") below.