Sam Mickens at Silent Barn in 2010 (more by Amanda Dandaneu) 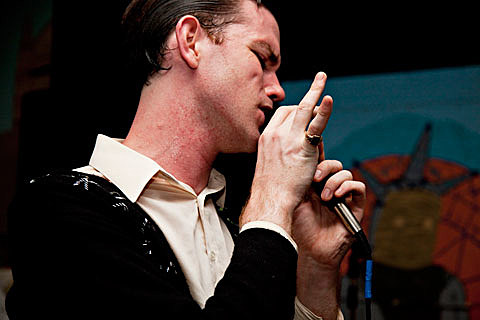 Sam Mickens of The Dead Science and who also plays as a member of Parenthetical Girls released his solo debut LP, Slay & Slake, in late November. He's following that release with a split 7" with Voice on Tape, which will be out "winter 2011/2012" on Silencio Records. Sam's contribution, which is making its premiere in this post, is a track called "Dark Christmas," and it features a duet with Zac Pennington, who fronts Parenthetical Girls and also sang on Slay & Shake. The song is led by floaty atmospheres, some soft acoustic guitar, and the haunting refrain, "You're gonna love me better when I'm gone." Check it out below. Voice on Tape's contribution to the 7" is a track that features Chelsea Wolfe (who has a new video you can also watch below).

"Dark Christmas" is not to be confused with Sam Mickens' Christmas EP, A Christmas Gift to You, Zac Pennington, which came out yesterday (12/13) and is available to download (for free or as much as you want to give) and stream on bandcamp...

Sam Mickens' newly-out-of-the-vault EP "A Christmas Gift To You, Zac Pennington" was recorded and mixed in one night in Dec. 2010 in the spirit of purest friendship, a private record made for one friend by another. Wrapping up(nearly!) a very prolific year for Mickens, which has seen the release of the Sinistra Secco EP, two singles with his Brooklyn massive the Ecstatic Showband & Revue, and his debut full-length Slay & Slake, this Christmas EP sets down our flight in a nestling snow bank. Have at ye merry gentlemen!

Perfume Genius - Put Your Back N 2 It 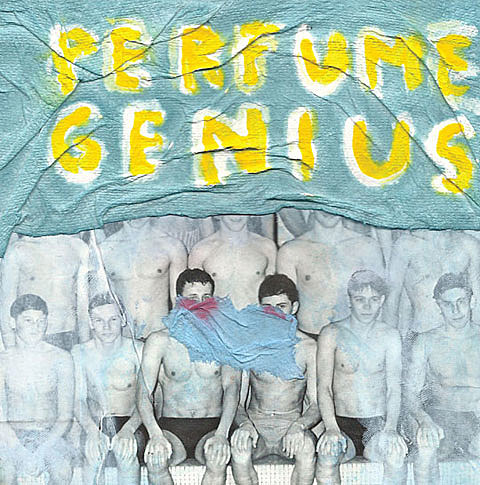 In related news, fellow Xiu Xiu collaborator Perfume Genius, whose confessional art pop is not so far removed from Sam Mickens, will release the followup to his great 2010 debut, Learning, early next year. The new album, titled Put Your Back N 2 It, comes out on February 21 via Matador. Grab the lead track, "All Waters," at the top of this post and stream it below, along with the artwork and tracklist. The album is available for a 15% off pre-order with a free poster at the Matador webstore on CD/LP.