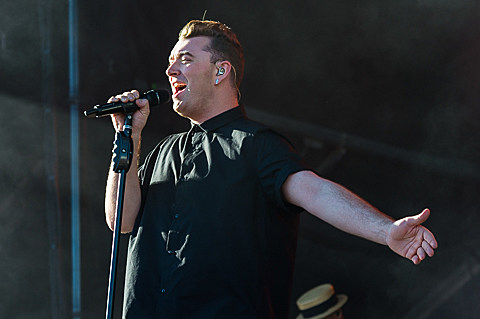 It was only August of 2013 when it seemed totally normal for Sam Smith to do something like play Mercury Lounge right after appearing on stage with Disclosure in Central Park, and now his debut album has made him possibly bigger than Disclosure. He just announced a tour for 2015 which has him headlining NYC's Madison Square Garden on January 15. Tickets for that show go on sale Friday, October 24 at 10 AM with an AmEx presale starting Monday (10/20) at 10 AM.

Sam will actually appear at MSG sooner than that (but not as a headliner) for Z100's Jingle Ball on December 12 which also has Taylor Swift, 5 Seconds of Summer, Ariana Grande, Maroon 5, Iggy Azalea, Pharrell, Meghan Trainor, Kiesza, Charli XCX and more. That's sold out (rats!).

All of his dates are listed below...