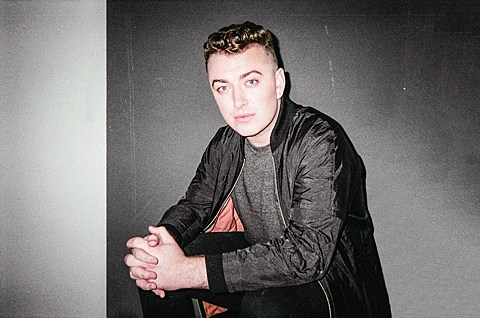 UK pop singer Sam Smith already has a few US dates announced including Bonnaroo and a sold-out NYC show at The Apollo (6/17) soon after, but he's since scheduled a full North American tour to go down later in the year. That tour brings him back to NYC for a show on September 19 at Hammerstein Ballroom. Tickets for that show go on sale Friday (5/30) at 10 AM. Updated dates are listed below.

In other news, you may have noticed that Sam put out his video for "Leave Your Lover" this week which featured the "twist ending" that led to speculation about his sexuality. He's since revealed in an interview with The FADER:

In the Lonely Hour is about a guy that I fell in love with last year, and he didn't love me back. I think I'm over it now, but I was in a very dark place. I kept feeling lonely in the fact that I hadn't felt love before.

...I just wanted to talk about him and have it out there. It's about a guy and that's what I wanted people to know--I want to be clear that that's what it's about. I've been treated as normal as anyone in my life; I've had no issues. I do know that some people have issues in life, but I haven't, and it's as normal as my right arm. I want to make it a normality because this is a non-issue. People wouldn't ask a straight person these questions. I've tried to be clever with this album, because it's also important to me that my music reaches everybody. I've made my music so that it could be about anything and everybody-- whether it's a guy, a female or a goat--and everybody can relate to that. I'm not in this industry to talk about my personal life unless it's in a musical form.

You can watch that video, with the list of tour dates, below...