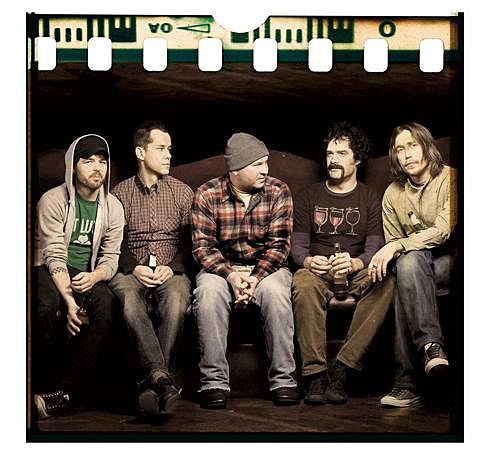 '90s emo punk survivors Samiam returned last year with Trips, their first new release since 2006. Now they've followed that release with "a collection of demos from 1994-1995," which they dropped on their bandcamp late last month (9/17). You can stream the eight-track release in its entirety below.

The band, who hail from the Berkeley/924 Gilman St. scene, have two shows scheduled this year, both of which are over here in the NYC area. FIrst, they'll play the re-opening party at New Brunswick's Court Tavern on November 3 with The Scandals, Gates, Joe Wilson & the Loose Ends, and Chris Batten; and the next day they'll play a Brooklyn show at Saint Vitus (11/4) with more bands TBA Violent Bullshit and I'm With Cupid. Tickets for the Saint Vitus show are on sale now.

Those dates in list format and a stream of their new demos collection are below.

the first song is an unmixed out take from our, "Clumsy" album. A few others are 'Clumsy' songs but the rest are demos for 1995 for the "You Are Freaking Out Record".