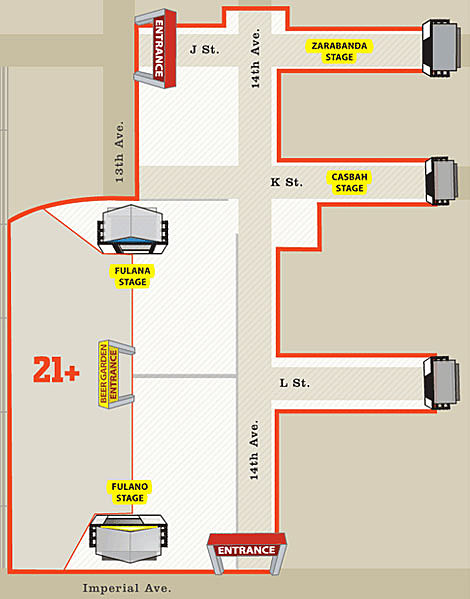 "STREET SCENE, one of the nation's longest running music festivals, will celebrate its 25th anniversary with two full days of music Friday, August 28 and Saturday, August 29. The Black Eyed Peas, M.I.A., Thievery Corporation, Modest Mouse, The Dead Weather and Cake are among the more than 35 acts that will bring the streets of downtown San Diego's East Village neighborhood alive with music and entertainment from 4:00 PM to midnight daily. The venue site will include Tailgate Park (adjacent to Petco Park) in the heart of East Village, incorporating 14th Street as the main thoroughfare and bordered by Imperial Avenue to J Street."

2009 is the 25th anniversary of the festival which was launched in 1984. This year's festival also has WAVVES on the lineup, which means three shows total now scheduled for the band. Full lineup below...

The 2009 STREET SCENE line-up is as follows: