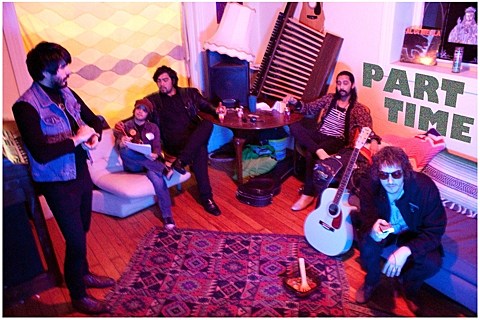 San Francisco's Part Time released their debut LP, What Would You Say?, last year on Mexican Summer which plays like a hazy remembrance of '80s memories that were probably originally held by Ric Ocasek. It's very sports jacket with pushed up sleeves kind of music (aka very Ariel Pink) and you can stream it below via Rdio. The group will be on the East Coast for a show at Glasslands on November 18 with Splash, Limited and Caged Animals. Tickets are on sale now.

The show is also notable as the second live show from Limited which is a new synthpop project from Alex Craig of Big Troubles. Limited just released its debut single on New Images, the label run by Matt Mondanile of Ducktails/Real Estate. Like with BT, there's still a shoegazy vibe to it, but Craig here is reaching back to the New Romantic era for inspiration as well. If you liked the Ice Choir album, you'll want to check this out and you can stream both sides of the single below. Live, Limited are a three piece.

Splash, of course, fit right in with the night's vibe here, not only sounding but looking like they dropped out of 1986, some kind of unholy mix New Edition and Starship (also by way of Ariel Pink). I will say no matter what you think of the music they play, they're are pretty good at it and put on an entertaining live show. Just be prepared to be anointed with glitter when the fun begins.

Caged Animals are kind of the odd band out here, not owing their sound to any particular decade, merely making very catchy pop. Look for two new releases (an album and an EP) in the new year. Meanwhile, Caged Animals also play tonight (11/9) at Shea Stadium with Jamaican Queens, Phone Tag, and Passalacqua.

Streams and flyer are below. 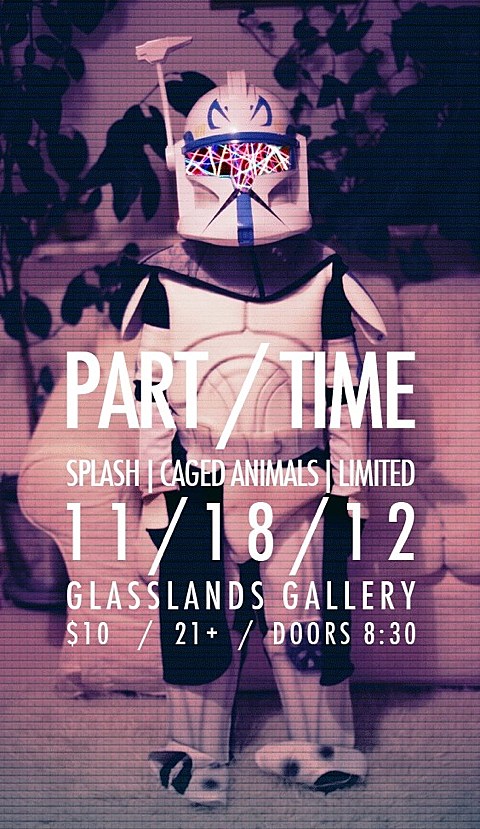