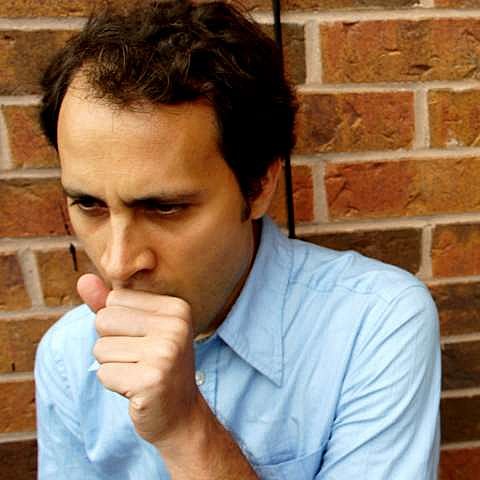 Toronto art pop musician Sandro Perri has a few dates scheduled to take place surrounding his appearance at this year's FYF Fest. They're a bit scattered at the moment so it looks like more might be revealed, but we know that one of them is a NYC show which happens on September 20 at Mercury Lounge. Tickets for that show are on sale now. All currently known dates are listed below.

Sandro Perri is also one of the many musicians being featured on the new Arthur Russell tribute album, This Is How We Walk on the Moon, that AIDS organization Red Hot (who are also responsible for Dark Was the Night, Red Hot + Rio and many other compilations) and Pitchfork are putting out. Sandro will join Robyn, Cut Copy, Hot Chip, Dan Boeckner, Twin Shadow, Washed Out, Laurel Halo, Sam Amidon, Devendra Banhart, Olof Arnalds, Jose Gonzalez, Thao with the Get Down Stay Down, Chad VanGaalen, Glen Hansard, and many others for the album. The project is being funded on kickstarter. The Kickstarter video and a list of all participating artists is below.

Earlier this year, DFA put out a remix 12" of material from Sandro's 2011 LP, Impossible Spaces. The stream of Eluvium's remix of "Changes," a list of all currently known Sandro Perri dates, and the Arthur Russell tribute info are below.

RED HOT + ARTHUR RUSSELL: THIS IS HOW WE WALK ON THE MOON