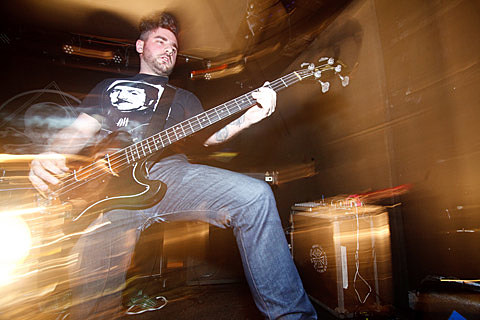 Brooklyn post-metal trio Sannhet are having a busy year. Their great new album Revisionist is out now, they very recently played Saint Vitus, they're playing it again this month, and they've also been added to one of the NYC shows on Viet Cong's tour.

They open night 2, June 14 at MHOW, which tickets are still on sale for. Night 1 (6/13) is sold out, and no openers have been announced for that one. Both shows are part of Northside Festival, and you can also try to get in with a Northside badge.

Sannhet's Vitus show is a Revisionist release show and happens March 27 with Kayo Dot (who have other upcoming shows). Since we last spoke, Oneirogen (who played an Invisible Oranges show on Saturday) was added too. Tickets are still on sale.

Stream Revisionist, with Sannhet's updated list of dates, below...