photo: Sannhet at MHOW in August (more by PSquared) 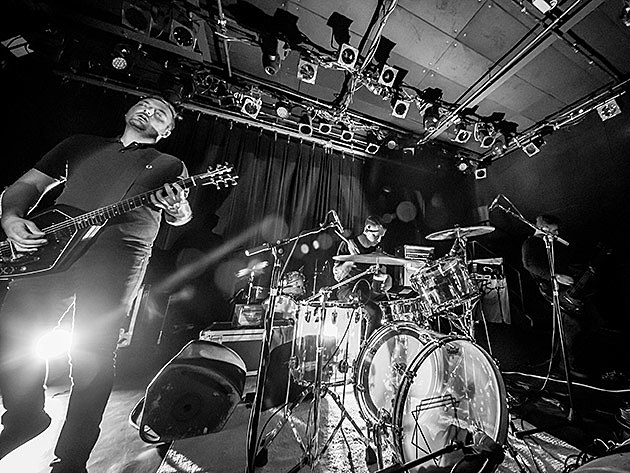 Local industrial metal artists Sannhet (who were recently named "Best Metal Band in NYC" by the Village Voice) have released a cover of Joy Division's "The Eternal." The cover features Josh Strawn of Vaura on lead vocals, and its a good one: a creepy, moody take on the moody (and sometimes creepy) band, arriving just in time for Halloween. Sannhet's command of atmosphere (no pun intended) is on full display here, as they manage to make the rare cover that sounds fully in the spirit of the original band while being unmistakably the work of a new artist.