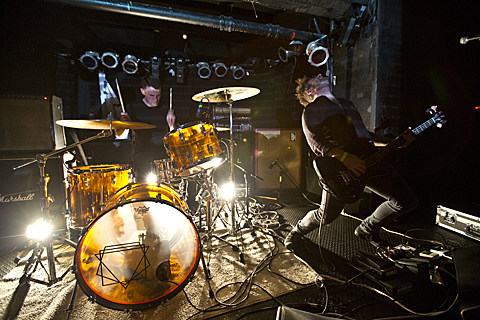 Brooklyn trio Sannhet are one of the city's best bringers of post-rock and post-metal, and they've just announced that they've signed to the trusty The Flenser, making them labelmates with Have A Nice Life, Planning for Burial, Kayo Dot and more. On March 3, the label will release their second album, Revisionist, which follows their debut Known Flood that came out on Saint Vitus Bar's label, Sacrement Records. No music from the new album has been released yet, but they did just play a new song at Vitus when they opened for Virus there on 10/24. Check out a video of that below.

Sannhet's next scheduled hometown show is opening for France's Year of No Light at the second night of their two-night stand at Saint Vitus. That happens on November 14 and also includes Gnaw and Vilkacis. Tickets are still available.