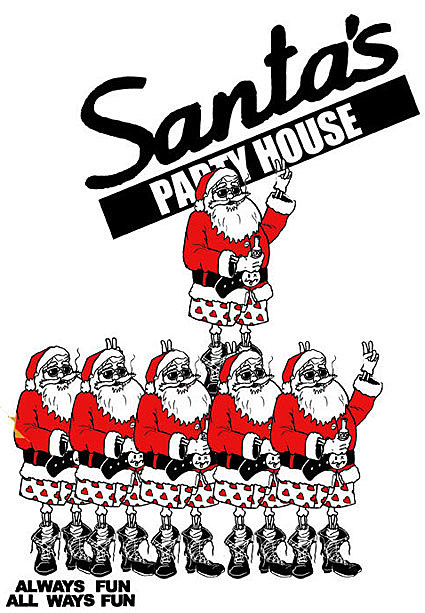 It was exactly a year ago today that Gothamist wrote....

Andrew W.K. has also been working on his venue at 100 Lafayette, which he's opening with Spencer Sweeney. In 2005 they had a petition going, but we think things are moving forward now. We went to the venue for an art party held by (friends of W.K.) Paper Magazine not too long ago, it was beautiful, spacious and had multi-levels.

When it opens it will certainly be more than just a venue. Seems he made a little announcement to CMJ yesterday about the space, stating, "This is something I always wanted to do, have a space for all types of people to come and be creative, relax, and have their minds blown." While he added that the venue is yet to be named, we think it will be called (or at least at one point was going to be called) Santa's Party House.