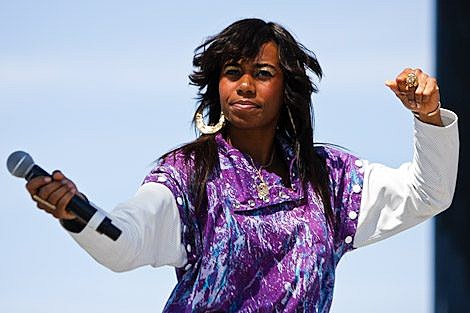 Santigold is set to hit the road as opener on the upcoming Red Hot Chili Peppers tour. That trek will bring her from Florida to LA to Arkansas, but never Northeast. However she'll warm up for the tour with her own last-minute headlining show at Music Hall of Williamsburg on January 17th. Tickets go on sale Wednesday at noon.