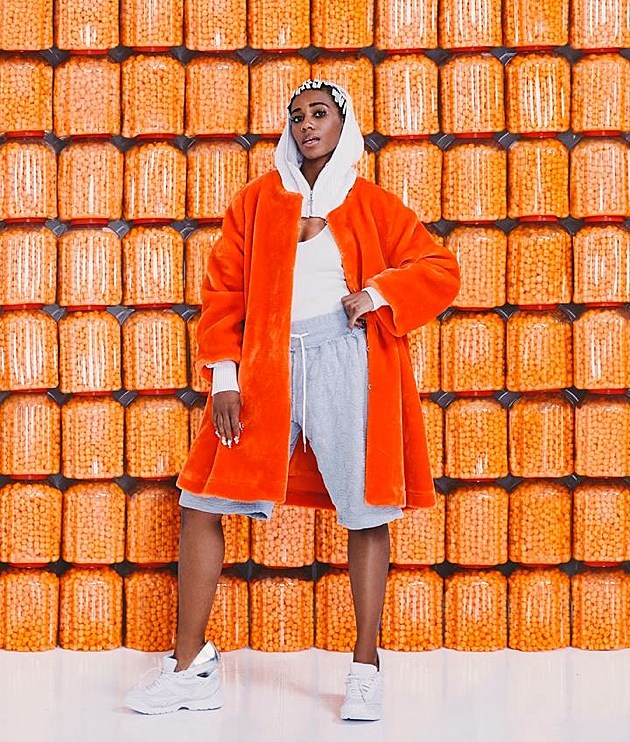 Santigold releases 99 Cents, her first album since 2012, next week (2/26) via Atlantic, and she's streaming it in full now. It's a bouncy, joyous album of off-kilter pop, and definitely not quite like either of its predecessors. The new sound and revitalized spirit may be partially thanks to a new series of collaborators. Longtime associates Diplo and Switch don't appear here, and she's instead working with former Vampire Weekend member Rostam Batmanglij, Kanye/Jay Z beatmaker Hit-Boy, rising rapper/singer iLoveMakonnen, and more. It's an addictive listen from start to finish, as you can hear for yourself below (via NPR).

As previously mentioned, Santigold is touring in support of the album, and hitting NYC on April 30 at Hammerstein Ballroom. Tickets for that show are still available.

She also just added a smaller release show happening March 1 at Rough Trade. Doors are at 6:30 PM and you have to purchase her new album from the Rough Trade store (starting 11 AM on 2/26) to get in.

There's also a different kind of release party in NYC on February 26...

Santigold and Tumblr IRL are hosting a special record release event at Jack's 99¢ Store (110 W. 32nd St.) in New York City on Friday, February 26th as part of Tumblr's IRL ongoing series. The free event will feature a DJ set, art installation, and more surprises. Tumblr IRL is a show, but not just a show, it's a whole thing. Santigold's Tumblr has been functioning as a visual extension of the album's themes of hyper-consumption and narcissism with exclusive videos being added continually. The series of pop up windows in the site's design echo the experience of navigating through advertisements when searching online. The event will bring the world of 99¢ and Santigold's Tumblr to life! Follow IRLIRL.tumblr.com for entry details.

Updated tour dates are listed, with the album stream, below...