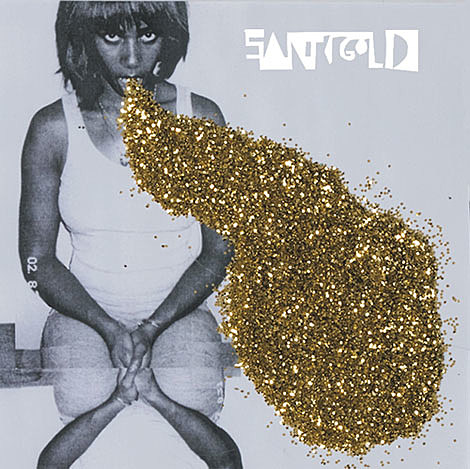 Change the graffiti on the bathroom wall, get your tattoo fixed, get your t-shirt airbrushed and change the name on your year end list- Santogold is now Santigold. She's not telling you why, that's just how it is. No unpronounceable symbol, no numbers where they shouldn't be, no random capitalization, just plain ass Santigold so remember that.

Downtown/Lizard King released Santigold's self-titled breakthrough CD in April and it instantly became one of 2008's most acclaimed albums garnering international raves. Critics and radio have championed the record's standout tracks "L.E.S. Artistes", "Creator" and her latest single "Shove It".

I can guess why.