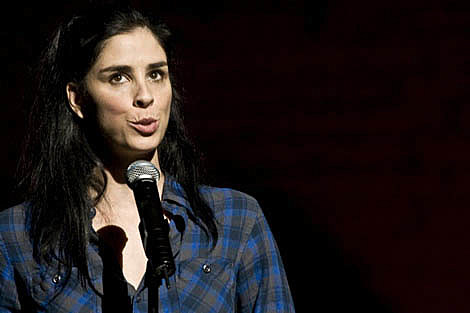 "We each have pages within JASH and we each can curate those pages," Silverman said. "This is what we think is funny. It may not be your cup of tea, but there's no testing involved, there's no second-guessing of what a 14-year-old boy would like. It's just a place to do stuff and fail or not fail."

The new channel, which officially launched yesterday at SXSW Interactive, is still a work in progress, though the creators say Silverman is working on a "French film-noir trailer," Cera has a 25-minute short film on the way and Wareheim . . . well, he's busy, too.

You can watch the introduction video below, which includes the head of Google saying he commissioned the five comedians to destroy all existing YouTube videos and start over, interviews with each member, and finally, a new song written just for JASH.

Sarah Silverman will be in the NYC area to perform at Wellmont Theatre on April 26. Tickets for that show go on sale Friday (3/15) at noon.