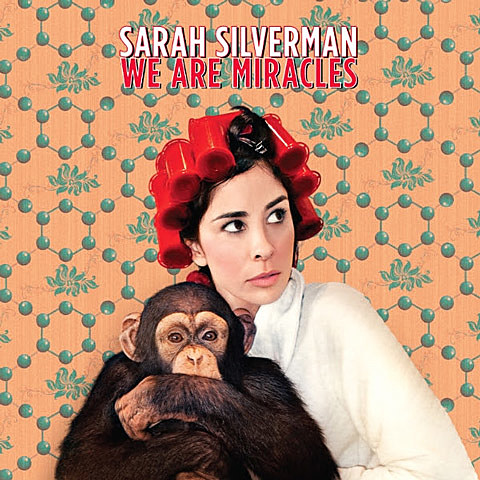 You may know Sarah Silverman from her brief stint on SNL, her under-appreciated program The Sarah Silverman Program, or her relationship with Matt Damon. You can now add to the list: Sub Pop sweetheart. Following in the paths of David Cross, Eugene Mirman, Patton Oswalt, and more, Silverman is releasing her next comedy album We Are Miracles on Seattle's Sub Pop. The album, which is set to be released this September, is taken from her latest live tour, and is available for pre-order on Sub Pop's site now.

If you just can't wait to hear Silverman, you can catch her on Funny or Die's Oddball Comedy & Curiosity Festival, which includes Silverman, as well as Amy Schumer, Louis CK, Hannibal Buress, and more. It hits the NYC area in August.

Silverman's close friend, SSP co-star, and fellow comedian Brian Posehn is also on tour, with an upcoming date at the Knitting Factory in Brooklyn this September and an appearance at Housecore Horror Film Fest in Austin.

In other comedy news, Kurt Braunohler, of "Hot Tub with Kurt and Kristen [Schaal]," and the canceled-too-soon Bunk is premiering his Comedy Central Half Hour tonight (725) at midnight ET/11 PM CT. CC has a preview.

In other ex-SNL star news, comedian Brooks Wheelan got the ax from SNL and scheduled a show at Union Hall on Monday (7/28) which is now sold out. However, tickets for a second one on Sunday (7/27) are on sale now.

Finally, comedians Kumail Nanjiani and Jonah Ray just premiered their new show, The Meltdown, based on their weekly LA stand-up show of the same name, on Comedy Central last night. You can watch the first episode in full online here.