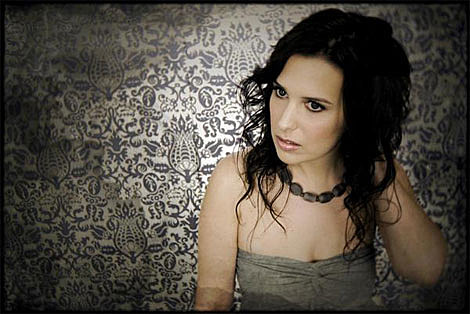 "Sarah Siskind (1978 - ) is a singer and songwriter based in Nashville and grounded in folk and Appalachian roots. Her music has been classified as: rock, folk, americana, and alternative. Alison Krauss has championed Sarah and values her songs so highly that she's recorded two of them, both of which became singles and videos that received widespread airplay. Bluegrass/Folk legend Tim O'Brien calls her a rare talent...

...In 2002, Sarah released "Covered." Despite its title, it featured mostly original songs that dealt with love, family and relationships... Sarah invited Bill Frisell, a modern-day giant of jazz guitar, to anchor the studio band.....

...Indie-rock act Bon Iver was so taken with Sarah's song "Lovin's For Fools" that the group closed most of their 2008 tour sets with the song each night, and invited her to join them on their December 2008 European tour. In addition, Ireland's legendary artist, Paul Brady, invited her to join him on-stage for a collaboration in New York City that same year, and had her contribute backing vocals on his new album." [Wikipedia]

Sarah and Bon Iver have also toured together, and Sarah just finished opening for Bill Frisell on a tour that brought the pair to Minneapolis, MN on April 11th. Justin Vernon (Bon Iver) just happened to be in the neighborhood (I guess?), and he joined Sarah and Bill on stage for the above-mentioned favorite song. Watch that video, and others like it, below.

Tonight (Monday, April 27), Sarah is in NYC to play a free show at the Living Room...