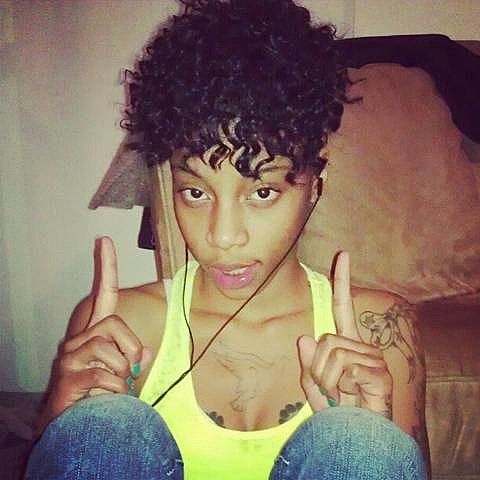 Sasha Go Hard is yet another rapper to emerge from the burgeoning Chicago rap scene, having begun to pick up buzz with her second mixtape, Do U Know Who I Am, which she dropped over the summer. Like fellow Chi Townie Chief Keef (who Sasha has collaborated with in the past but hasn't talked to in a while, and whose grandma says he isn't a gangster), Sasha has been produced by the talented Young Chop (who also helmed the beat on Keef's "I Don't Like") and also by DGainz (who directed the video for "I Don't Like" and also contributed production to the upcoming King L).

In addition to those two guys, the rest of the tape features production by Absolut P, Ur Boy Black, Block On Da Track, DJ Kenn, Southside and J. Hill, in addition to including a few guest rappers from the scene, most notably Katie Got Bandz and Chella H, on closing track, "I'm Hotta." You can download the mixtape for free HERE and stream it, along with the videos for the Young Chop-produced "I Think I Like That" and the DGainz-produced "Tatted," below.

Sasha will be making her way to NYC for the 9th Shortcuts party at Santos Party House on September 20 with LE1F. Tickets for that party are on sale now. The flier is below. She'll also stick around to play 285 Kent on September 22.

The Santos show happens right before LE1F heads out as a support act on the previously discussed Das Racist tour, which also includes support from SAFE and Lakutis, the latter two of who just played Glasslands on Monday (9/10). That tour hits NYC on September 27 at Irving Plaza. Tickets for that show are still available.

An updated list of Das Racist tour dates and the tour flier, plus the Sasha Go Hard streams and videos are below.

Sasha Go Hard - Do U Know Who I Am Mixtape