The following review of Day 2 (May 27, 2007) of the 2007 Sasquatch! Festival in George, Washington is brought to you by Jerry Yeti exclusively for BrooklynVegan.com. If you're just joining us, you may want to start with Day 1. 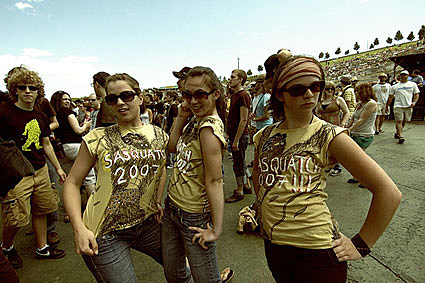 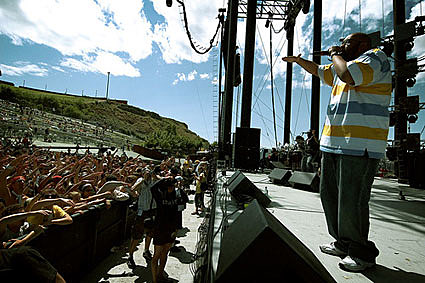 Things kicked off at the Gorge on Sunday with a few more blankets, a nice spot on the terraced grass, and a sweet DJ set by Mix Master Mike. This was followed up by the hip hop duo Blackalicious. Both of these acts got the early attendees jumping. Blackalicious brought out their "Alphabet Aerobics" with its increasingly sped up delivery, but it was "Rhythm Sticks" that got people truly moving. If the ground wasn't on bedrock, the floor would have given way under all that impact. 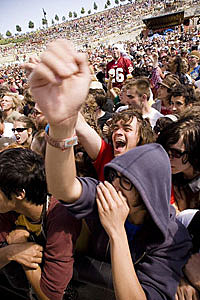 All warmed up, Bad Brains was the only set on Sunday we were sure not going to miss. While we waited near the epicenter of anticipated mayhem, one of their most enthusiastic fans attempted to get others around him equally as stoked. He singled out a small guy that -as he informed him- was going to be propelled into the air. And sure enough, when the band appeared, he launched the poor kid into the unsuspecting crowd behind him. No, the bedrock below him did not give way. As the mosh pit grew in size, so did the size of the guys thrashing around in it. One giant of a man wore a Professional Slam Wresting shirt and bulldozed his way around. H.R. is a startling front man, appearing quite tranquil despite the tumult below - like a prophet amidst a storm. Dashingly dressed, if you had a video on mute, you would be baffled by the calm on stage, and the reaction below.

Unfortunately that was the last full set on the main stage before Polyphonic Spree had to cease for the blustery wind. It got cold within minutes, and sundown was still four hours away. While the crew re-prepped the stage to handle the winds, and let the worst of them pass, people migrated over to Tokyo Police Club at the Wookie. The Toronto band sensed they were playing for a much larger crowd, and they delivered. Their invigoration and charm very likely won over a few new fans..... 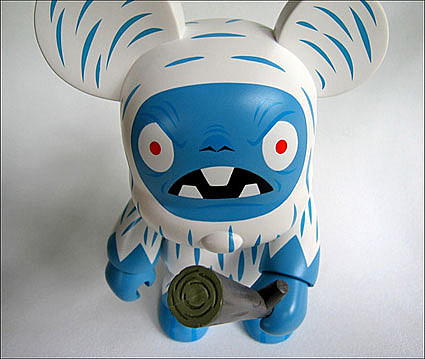 In order to prevent last year's ending past 2:00 AM, Michael Franti & Spearhead were relegated to play last at the Wookie Stage, and the rest were told to keep it snappy. Aziz held down the main stage - giving constant updates to the crowd, and then finally after three hours and some odd minutes - Spoon at last went on around 8:00. "I Turn My Camera" and "The Way We Get By" were the obvious crowd favorites, and they kept it short and sweet. We were just glad to have things up and running again. Interpol followed suit with their own truncated set -an entire half hour shorter than scheduled and actually were better that way. Three new songs translated well within their existing work. Not entirely compelling or nearly as capable as they ought to be, but still, they kept us warm. The more it became crowded, the warmer and happier we were. 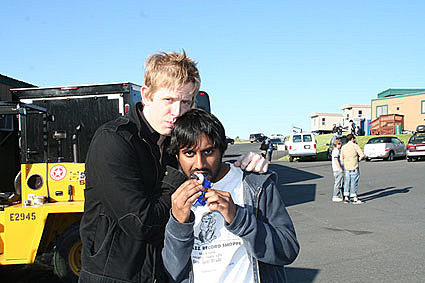 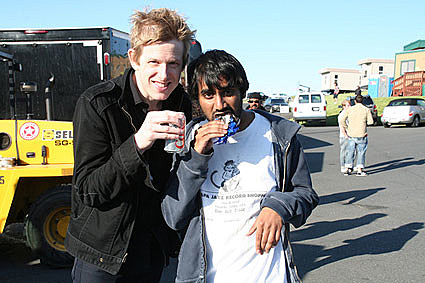 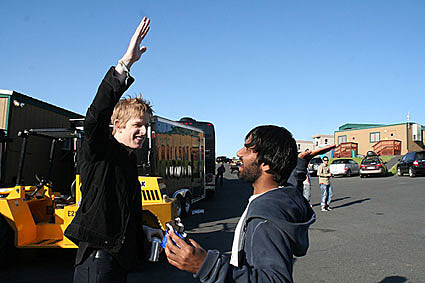 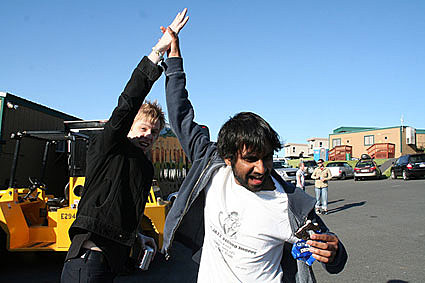 The Beastie Boys finally came out promising to "heat things up", and they certainly did - at least for a while. Playing many of their hits early, they then slipped into a [trilogy? trinity? triage?] of instrumental tunes mid way which nearly killed the party. Reportedly the instrumental looseness worked like a charm the night before (they played both days), but here felt a little too noodly. By the encore they re-energized the crowd - hitting it dead on with "Intergalactic." The Boys even dedicated one song to the influential Bad Brains. They weren't the only ones. Michael Franti did likewise from over at the Wookie stage a few minutes later and even mentioned he was down in the pit earlier in the day. 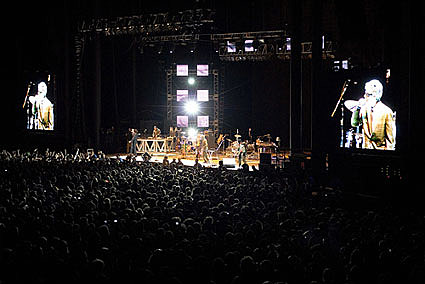 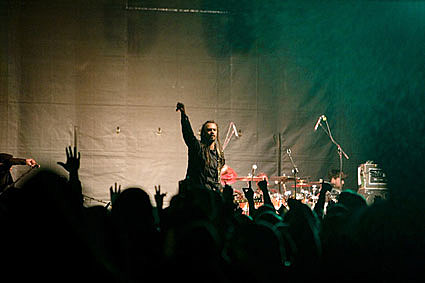 Nearly battling heatstroke and hypothermia all in one day, the festival had come to a close. Supposedly the Polyphonic Spree were still going to play a set for Verizon late into the night, but we're not sure if anyone would be thawed enough to stick around. If they did finally play, maybe they won't have to return next year... for the tornadoes.

photos of Spoon & Aziz by Nilina of Not On the Guestlist. She also took the cool ones of Patrick Wolf & Grizzly Bear.

And here's a few more random shots from the festival.... 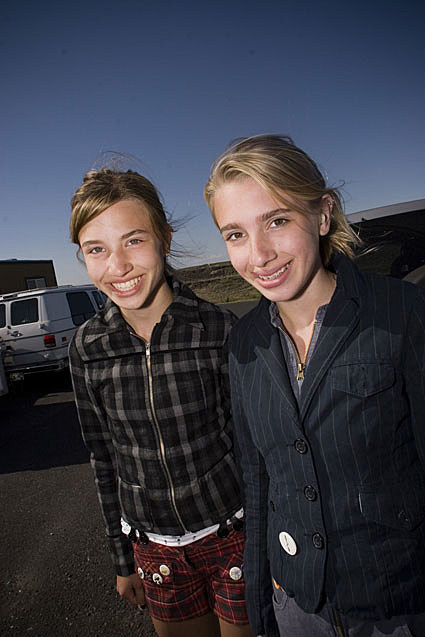 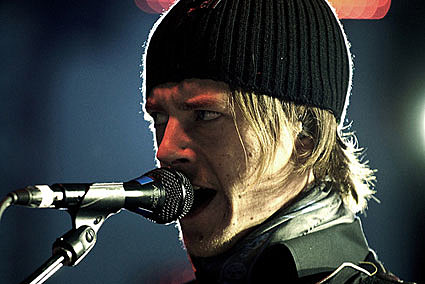 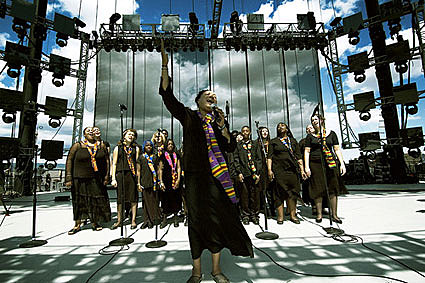 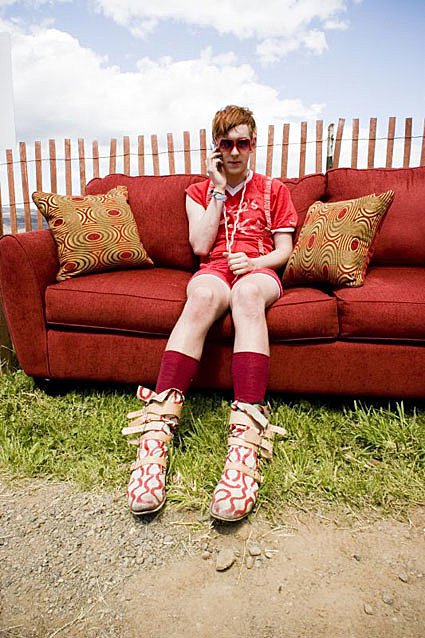 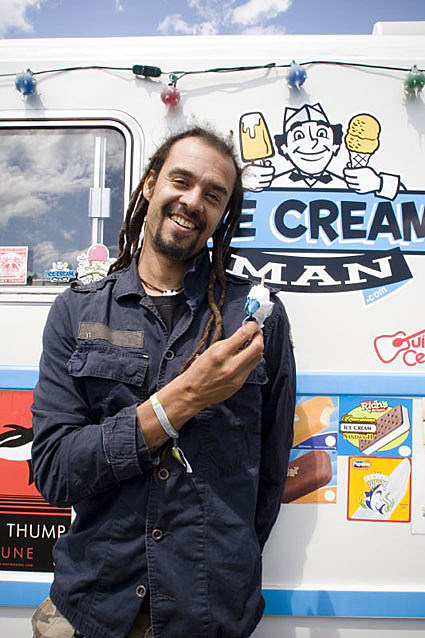 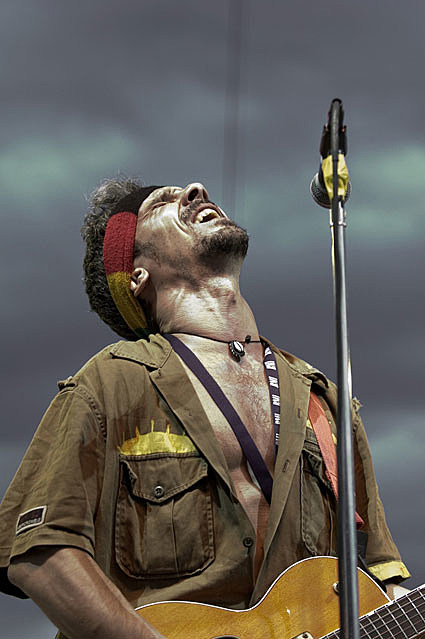 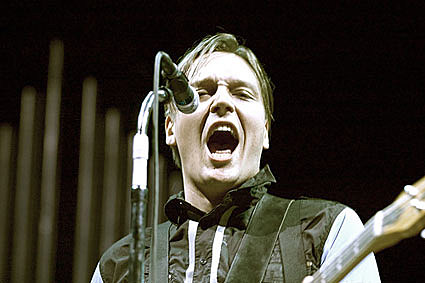 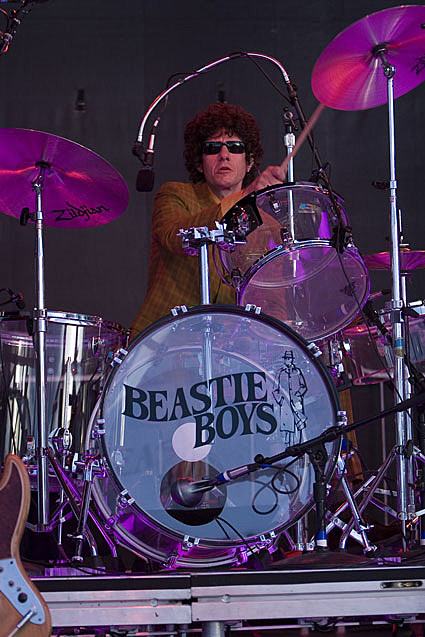 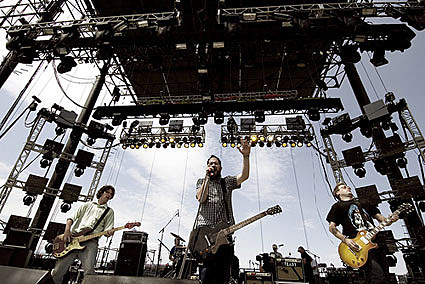 Did you read part one yet?