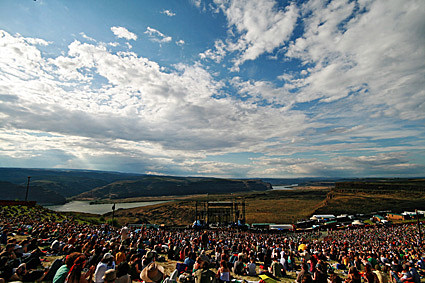 Live Nation and Adam Zacks are pleased to announce confirmed dates for this year's Sasquatch Music Festival - Saturday May 23, Sunday May 24, and Monday May 25 - Memorial Day weekend at the legendary Gorge in Eastern Washington.

For the first time in its 8-year run, the festival will include the newly expanded Comedy & Dance Tent. The tent will feature performances from comedians throughout the day, and then come dusk, will spotlight electronic and dance music artists. The full line-up, website launch, and on-sale date will be announced, Tuesday, February 17, 2009.

Already the official opener to summer for music fans, Sasquatch! Music Festival is a certified monster of a musical event: this year's festival will feature another exciting and diverse line-up for the musically adventurous, and ups the ante on an event already hailed for its independent spirit.