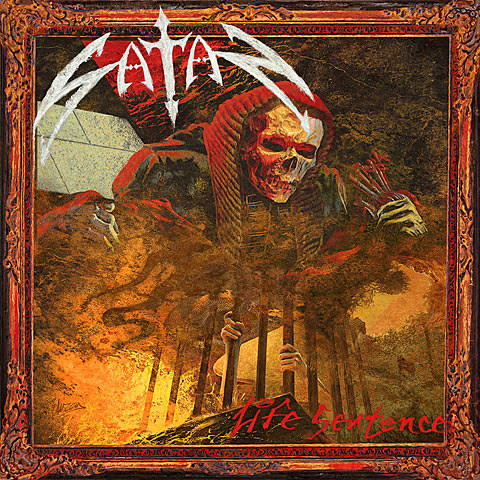 Satan are a heavy metal band originating from Newcastle, England in 1979, known as part of the New Wave of British Heavy Metal movement. Though generally obscure throughout their career, the band is considered influential for playing a form of proto-thrash/speed metal that was fairly advanced by the standards of the early 1980s.

The reunion is complete. After a series of reunion shows in the early aughts, speed-metal/thrash band Satan returned to the action in 2011. Now the circle is complete with the UK band readying the release of their first LP in twenty-five years, Life Sentence. The long-awaited record will see release on April 29th via Listenable Records, and you can check out the first song to slip out of the gates, "Testimony" below.