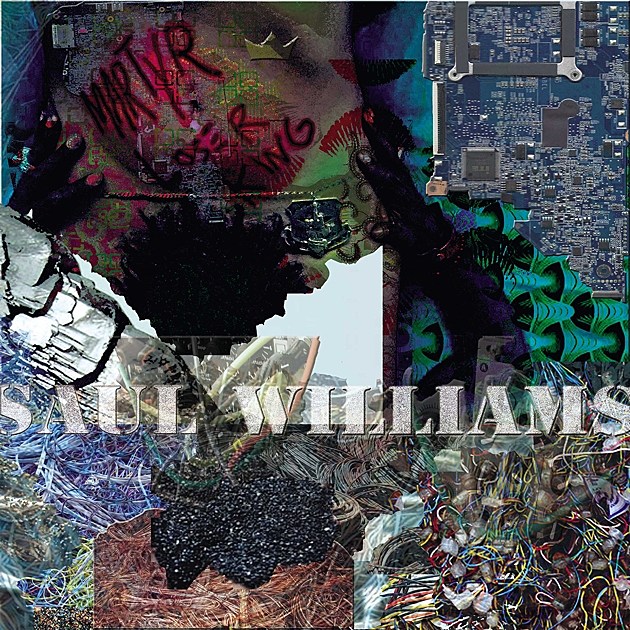 Saul Williams returned this past Friday (1/29) with the new album MartyrLoserKing on the FADER label. It was produced entirely by She Wants Revenge frontman Justin Warfield, and knowing that, you can definitely tell it's him. Saul's distinct mix of spoken word, rapping and singing is a lot more arresting than the Interpol aping of Justin's band though. There's two guest spots: Warpaint's Emily Kokal and Haleek Maul. Check out the song with Emily of Warpaint and listen to the rest via Spotify, below.

Saul is going on a tour that's mostly overseas, but he does play a show at Rough Trade NYC on Tuesday (2/2). Doors are at 6:30 PM and the show starts at 7, and you have to buy a copy of the record at Rough Trade to get in. He'll be signing copies too.