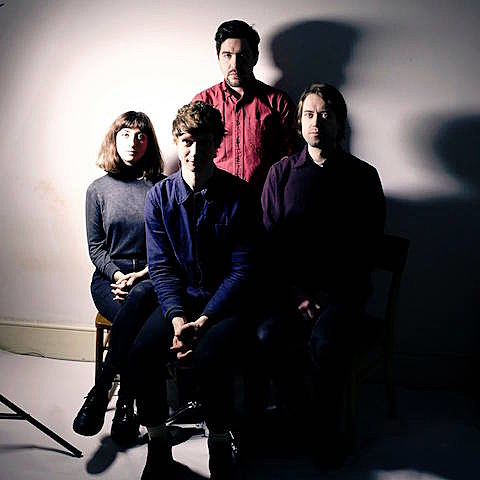 Sauna Youth's album Disctractions is one of my favorite albums of the year, the kind of shouty, strident indie punk (punky indie rock?) played with maximum snarl and energy. (For folks who remember and miss Shrag, this might fill that void.) If you listened to BrooklynVegan's first Spotify show you heard Sauna Youth's "Try to Leave" and if you haven't heard the LP at all yet, you can stream the whole thing below.

"The Bridge," one of Distractions' standout cuts, will be released as a 7" single by Upset the Rhythm on January 15. There's a new video that single as well, directed by Maria Cecilia Tedemalm and the band's Boon, it's an homage to Pan's People, the dancers on UK chart show Top of the Pops (they were kind of like the Solid Gold Dancers if you're old enough, like me, to remember that.) Watch it below.

The band have yet to tour America, and don't seem to have any plans to right now, but they do have UK/EU dates coming up in early 2016. All are listed below.