photo: Savages at Baby's All Right in January (more by Gretchen Robinette) 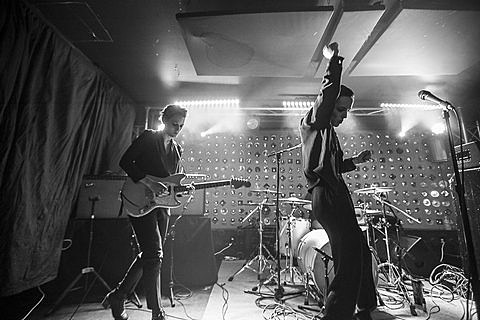 Savages have announced their second album, Adore Life, will be out January 22 via Matador. After working out the songs live -- in part at their NYC residency last January -- the band went into the studio with Johnny Hostile producing and the album was mixed by Anders Trentemøller (yes, that Trentemøller). The first single is "The Answer" and it comes with a visceral video directed by Giorgio Testi. Say the band:

We've observed our audience all around the world and noticed that something is happening. People want to be pushed to do good, or to be good, or just to feel good. We wanted a very intense video, that felt like banging your head against the wall, focusing on our audience: a portrait of our crowd, an homage to music lovers and the good people who are coming to gigs and shouting their lungs out, or just smiling at the back. We were touched by them every night, and wanted to get their message out there: loud guitar music is still alive and still connects people.

Watch the video below. Pre-orders are being taken now and the first 200 copies of the LP come with a signed poster.

The band have a couple UK dates coming up, including an appearance at this weekend's Simple Things festival in Bristol. All dates are listed, along with Adore Life's album art and tracklist, below. 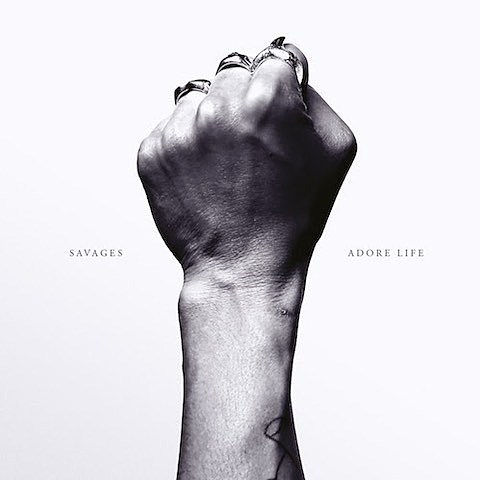