Savages at MHOW in March (more by Wyatt Marshall) 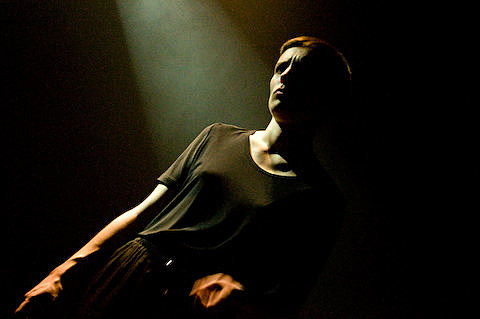 Artist Doug Aitken just announced a new project, Station to Station: A Nomadic Happening, a traveling train tour that will take place over the course of three weeks in September. A press release reads:

At each stop, Station to Station will curate leading figures from the art, music, culinary, literary, and film worlds for a series of cultural interventions and site-specific happenings. The Aitken designed train turned kinetic sculpture will act as a cultural studio- globally broadcasting unique content and experiences from the stops as well as on the moving train.

Station to Station stops in ten different cities this September, including NYC on September 6. More details on the specific "happenings" and ticket information are forthcoming. The project "will raise funds through ticket sales and donations to support non-traditional programming at seven partner museums around the country."

Savages' tour schedule makes it seem unlikely that they'll be on the NYC stop, but their tour does bring them here for shows on Webster Hall on July 11 (sold out) and September 12 at Terminal 5 (tickets).

All Station to Station stops are listed below...