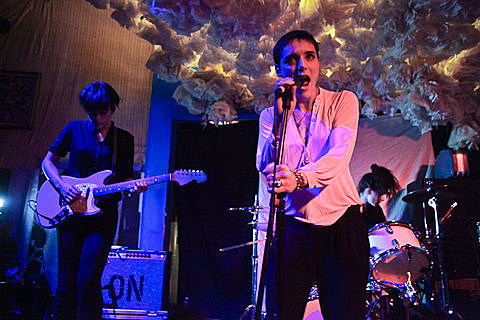 It is safe to say that neo-post-punk group Savages are probably the most hotly-tipped band at this year's CMJ Festival and apparently have U.S. labels falling over each other trying to sign the band. I am a fan of what I've heard of the London four-piece, and love their musical touchstones (early Echo & the Bunnymen, PiL, Bauhaus, etc) so I was pre-disposed to like them, but was a bit wary of the hype. After catching them at their U.S. debut last night at Glasslands (10/17, part of Stereogum's CMJ showcase) I am an official Savages Kool-Aid drinker. They knocked me out.

While they certainly look the part, the live show is what brings the goods. (No wonder their first official release is a live EP.) Anchored/powered by bassist Ayse Hassan on phenomenal drummer Fay Milton, Savages were an absolute force with wailer Jehnny Beth leading the charge with a stage presence that is both static and incredibly intense, somewhat reminiscant of Wild Beasts' Hayden Thorpe. (Guitarist Gemma Thompson colored in the lines, alternating between blasting riffs and more ethereal textures.) With all the cameras going off, it's hard to forget where you are but about halfway through the "Flying to Berlin" I went over the wall and lost in the groove.

You have a few more chances to see Savages, including our free Friday BV day party at Public Assembly (10/19) where they play at 2:30 PM in the front room. They'll play tonight at House of Vans (RSVP is closed) Friday night at Mercury Lounge as well, and Saturday afternoon (10/20, 5:30 PM) at Pianos for the Bowery Presents day party (free).

Savages setlist and more pictures from last night's Glasslands show are below, and we'll have pics from the rest of the night (Dum Dum Girls, Guards and more) soon. 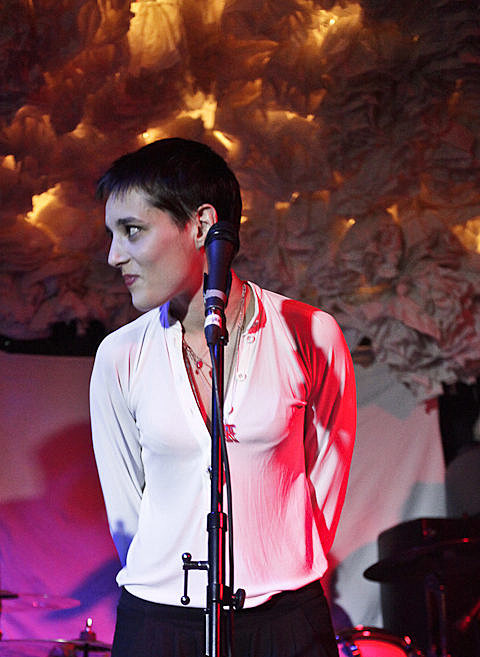 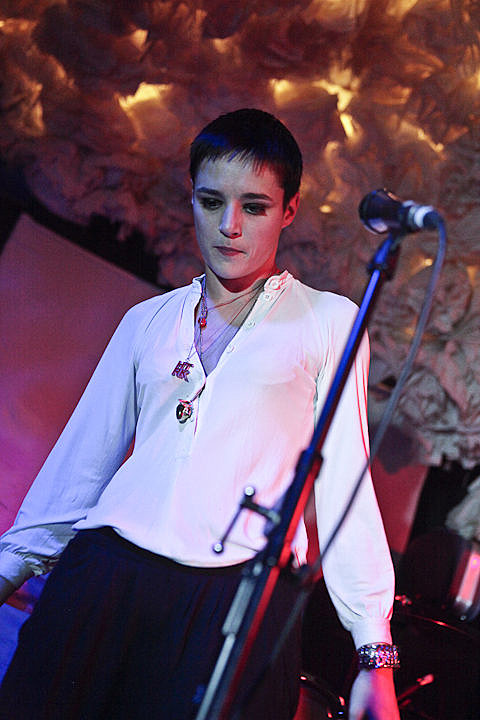 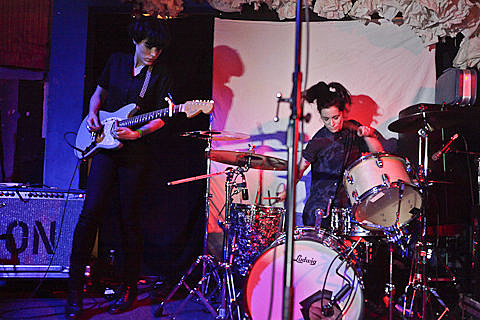 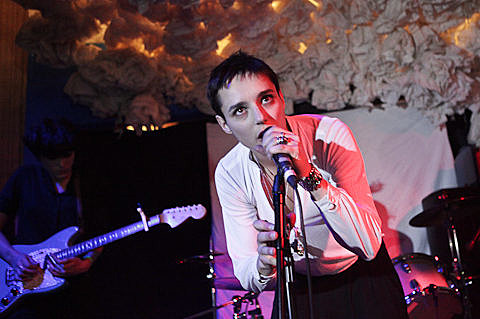 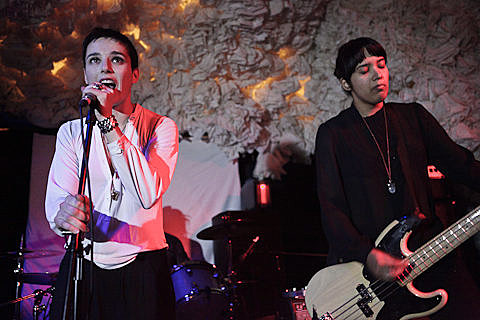 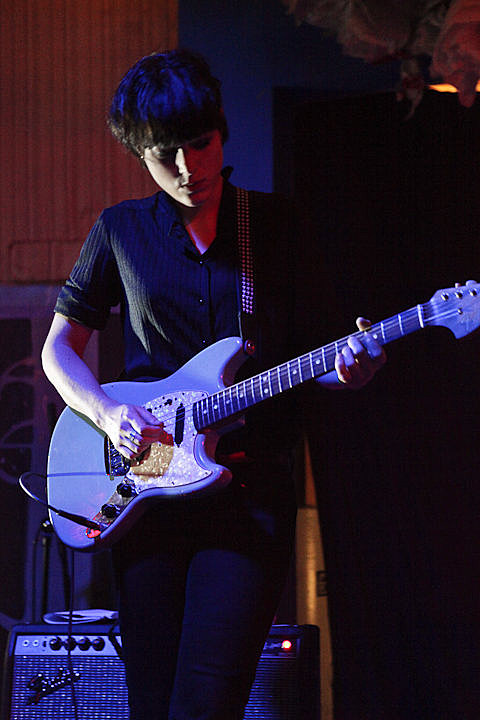 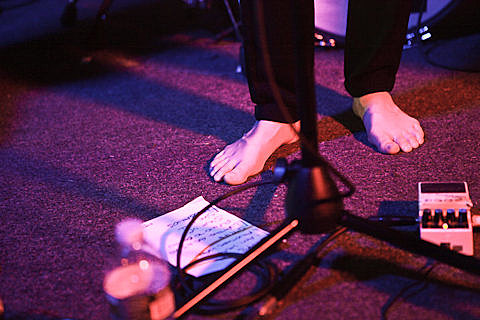 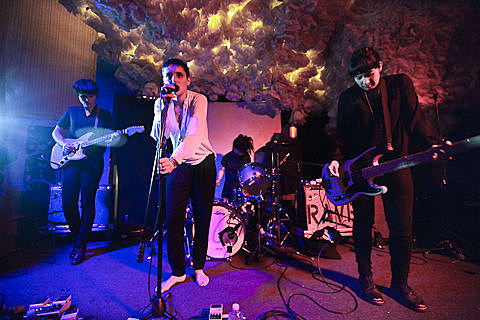 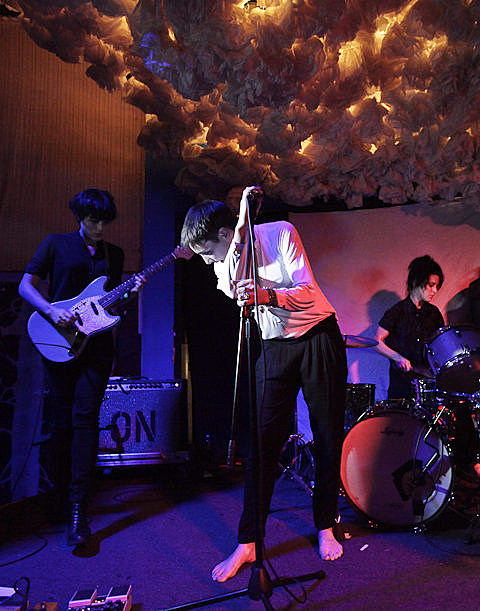 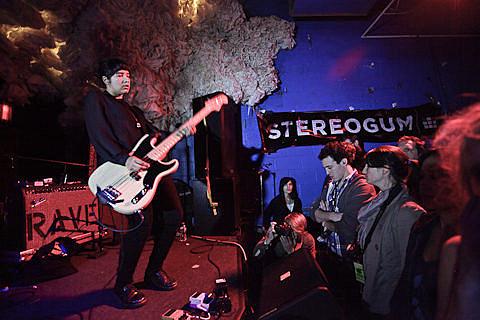 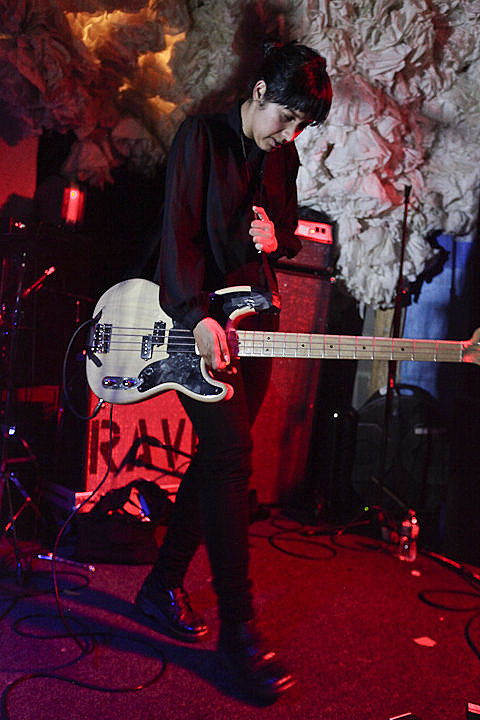 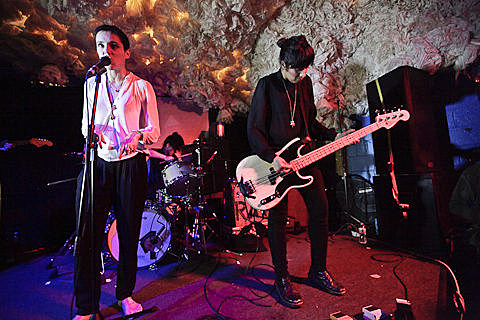 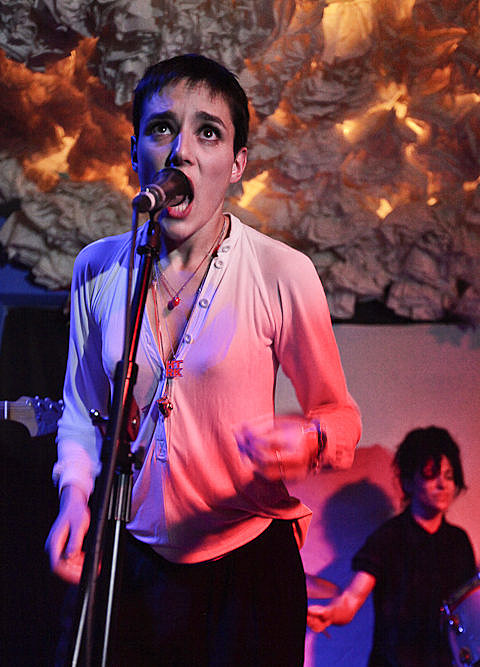 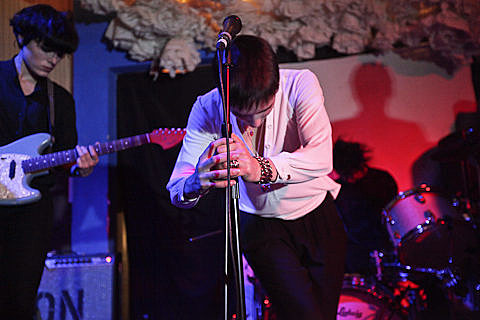 Setlist: Savages @ Glasslands, 10/17/2012
City's Full
I Am Here
Another War
Strife
Waiting for a Sign
Flying to Berlin
Shut Up
She Will
Husbands