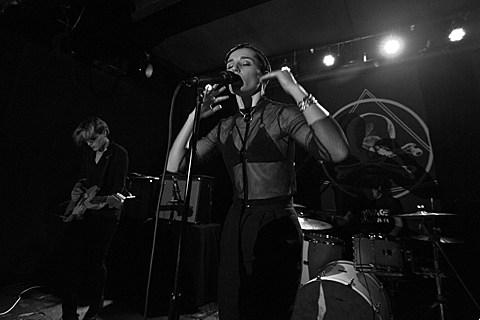 UK band Savages wrapped up the first week of their nine-show NYC residency on Saturday (1/17) with their first of three shows at Saint Vitus. They're over testing out new material for their second album and their Vitus set was pretty similar to their Baby's All Right show last Monday (1/12), swapping out "Shut Up" for a different Silence Yourself cut ("City's Full") and playing a couple different new songs as well. Unlike the vivid, fog-filled light show at Baby's, Savages played mostly in the dark at Vitus. Also, about 20 tickets were released for the show when doors opened, so it might be worth following Savages' Twitter for similar opportunities. Setlist and pictures from Saint Vitus are in this post.

Opening for Savages at Vitus was singer Johnny Hostile, who runs the Pop Noire label with Savages singer Jehnny Beth. Pics from his set are below. John + Jehn also make music together and played Baby's All Right last night (1/18) as part of the DFA Winter Workout. Anybody go to that?

Tonight (1/19), Savages return to Baby's All Right for their second of three shows there. No Bra, who has played with Savages in NYC before, will open -- imagine The Fall and LCD Soundsystem condensed into one (topless) German singer -- that's a pretty accurate description of what she does. If you're going to this sold-out show, her set is worth showing up early for.

More pics and Savages setlist, below... 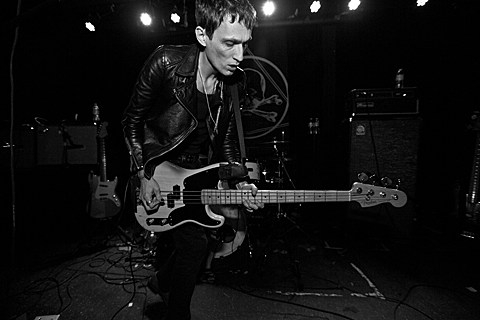 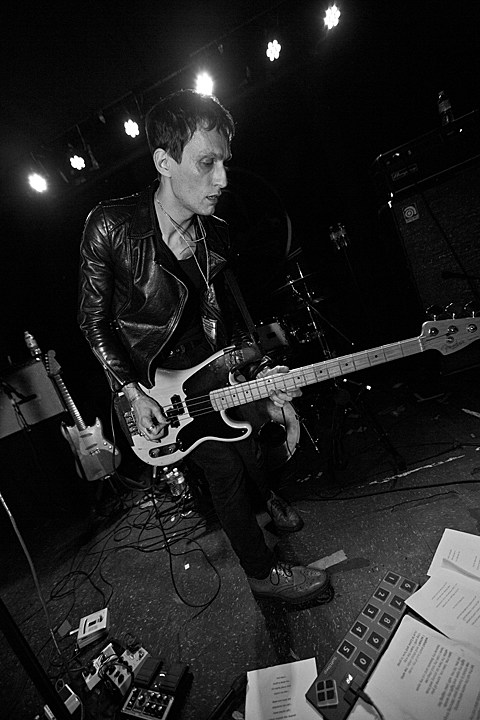 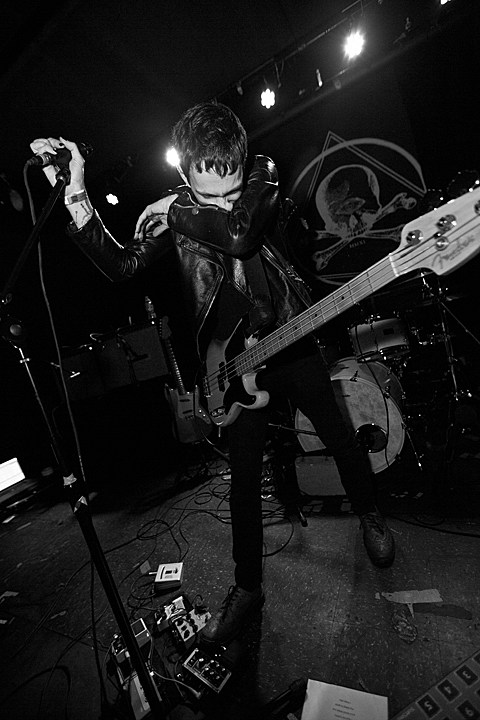 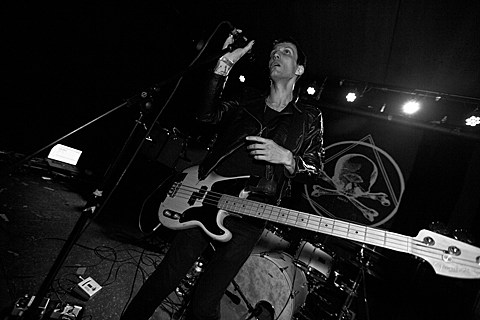 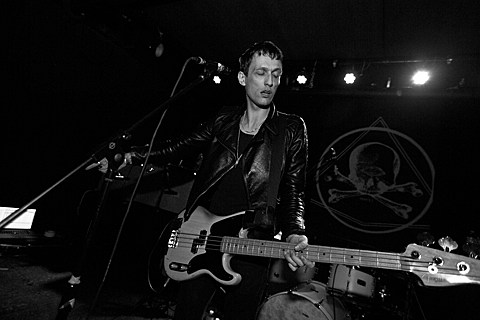 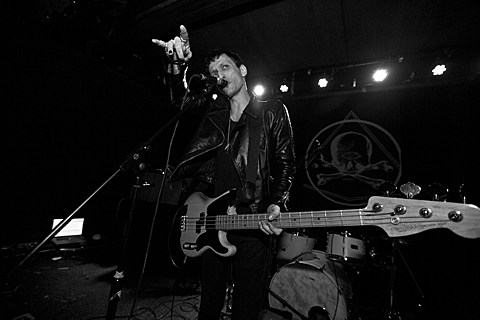 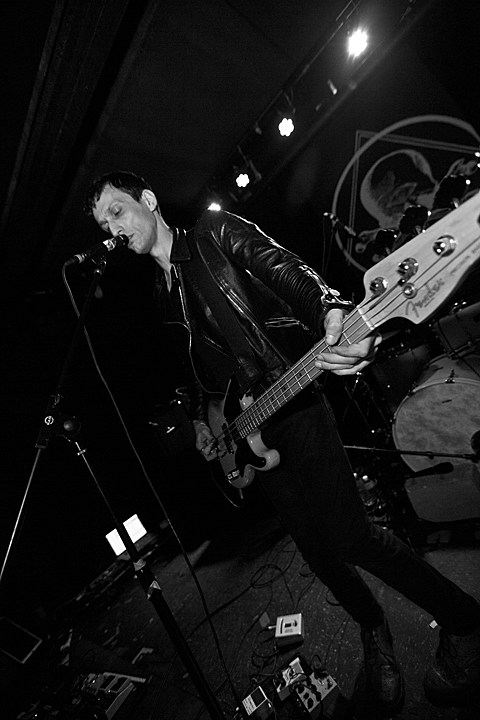 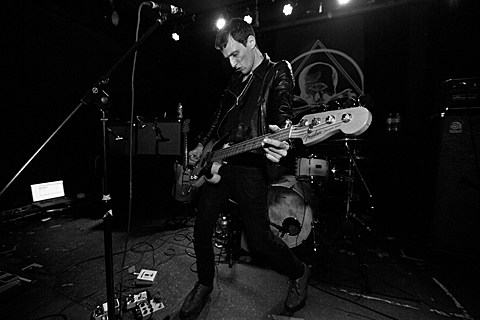 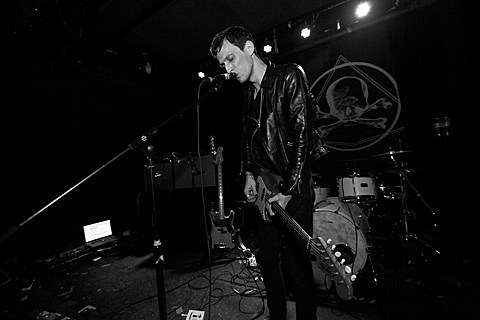 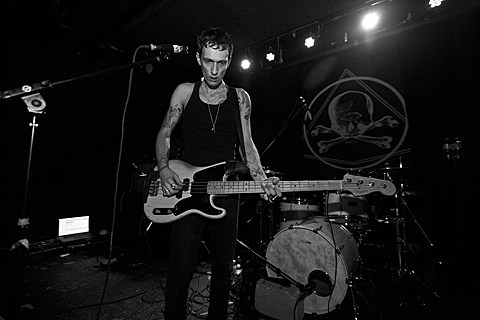 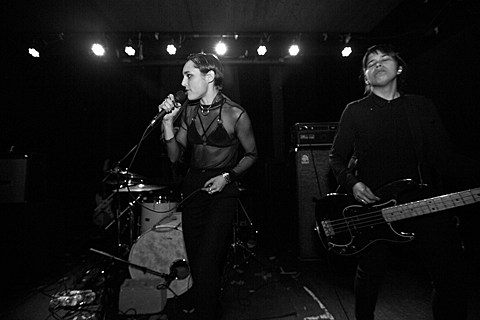 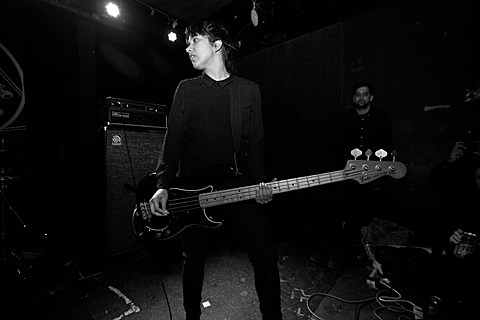 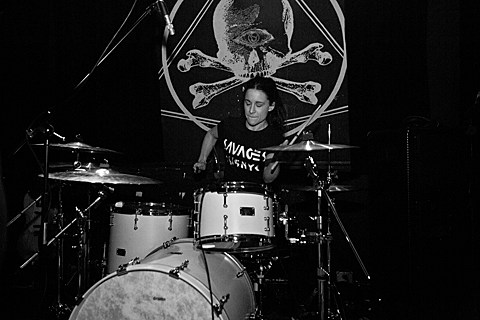 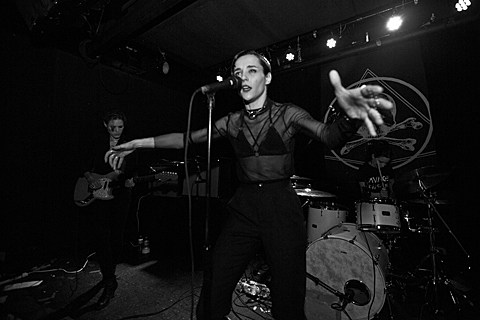 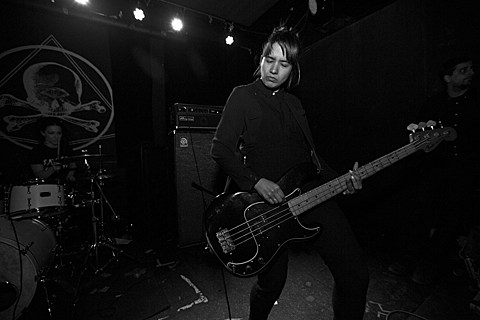 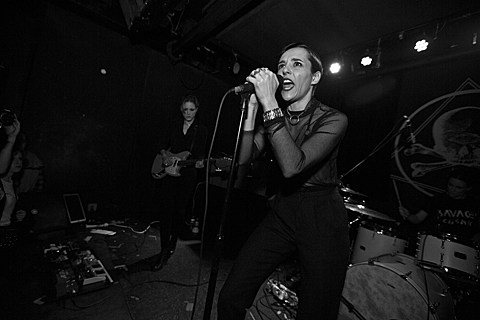 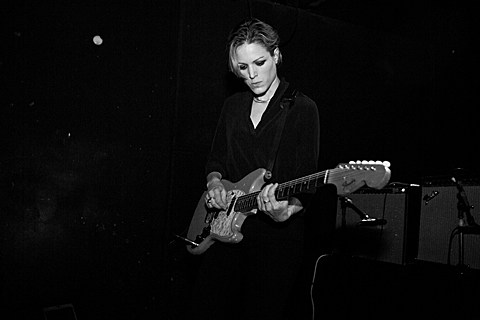 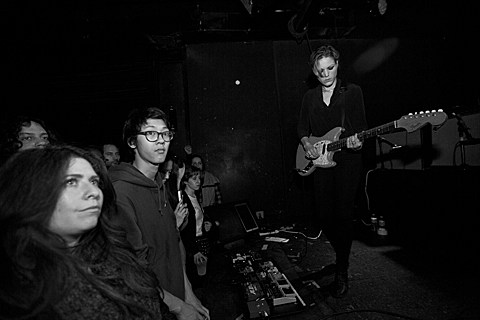 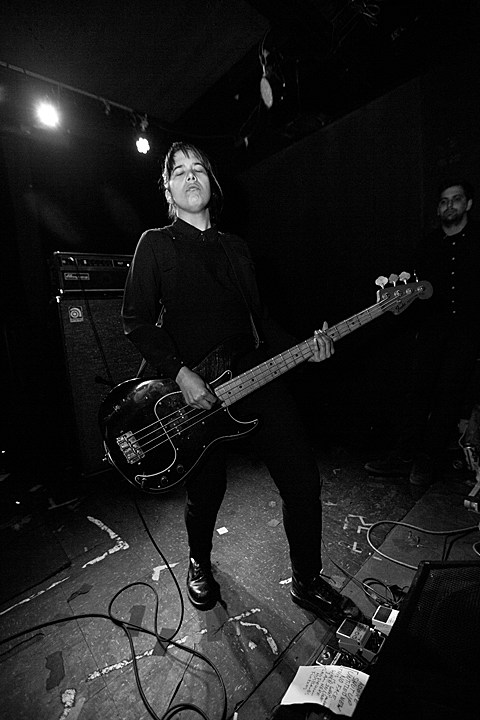 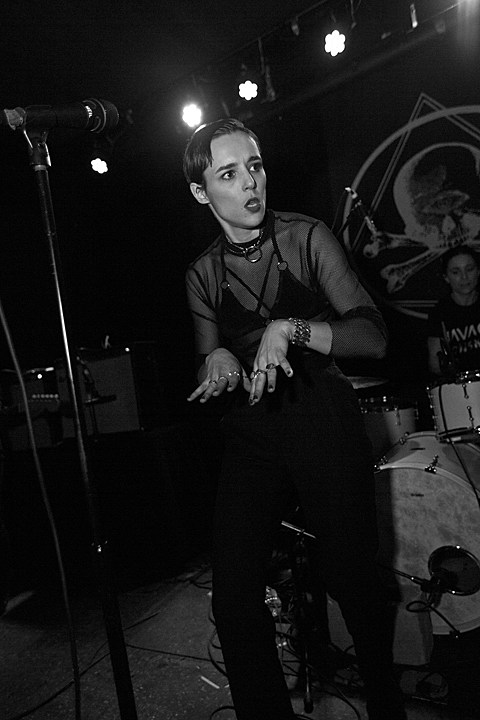 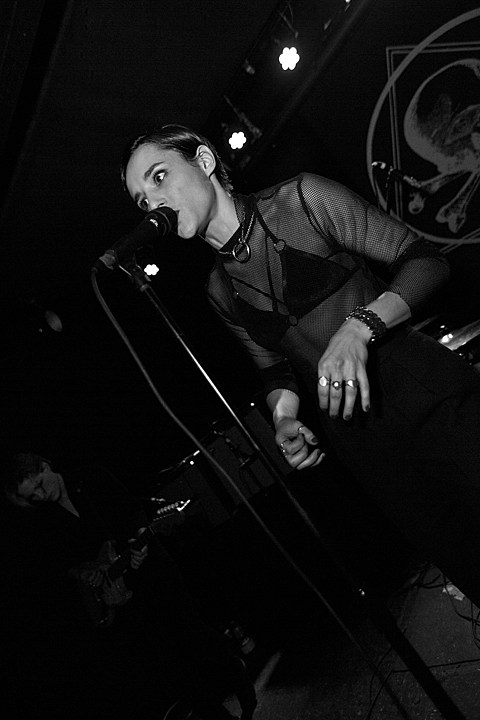 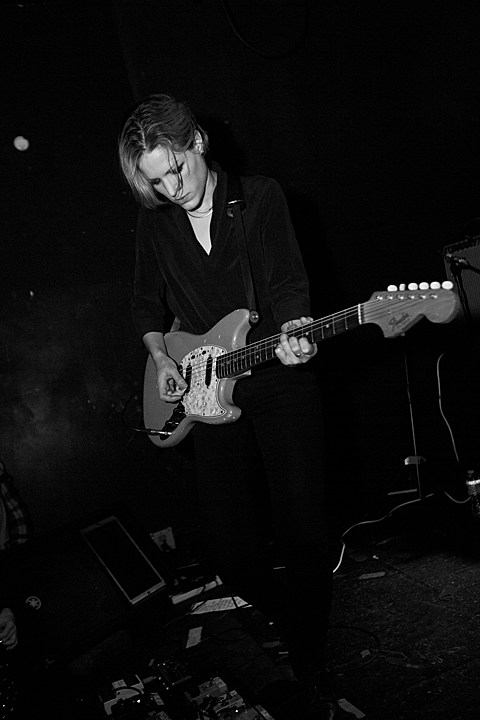 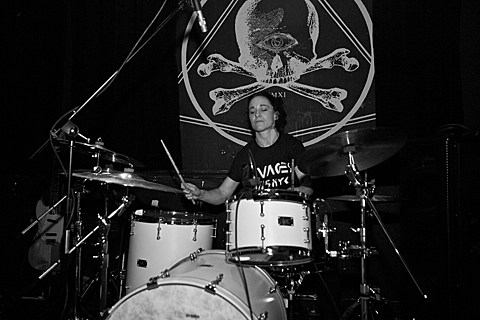 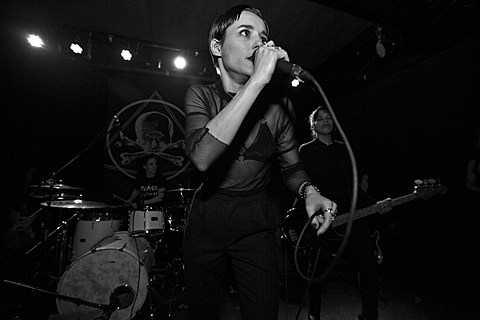 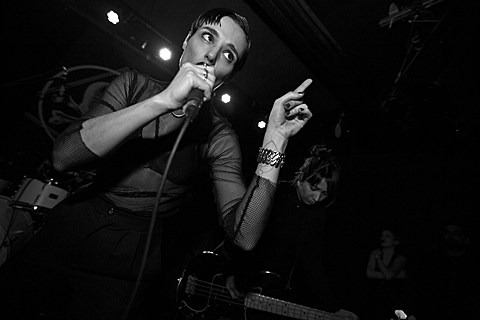 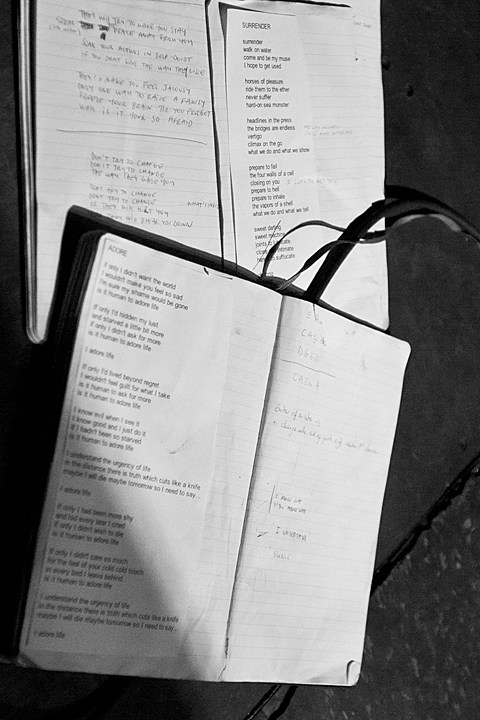 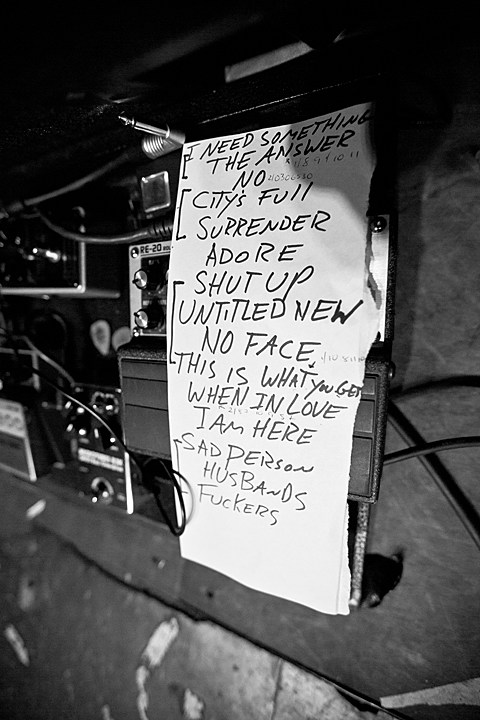 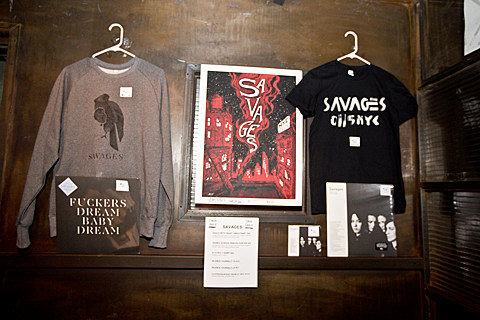 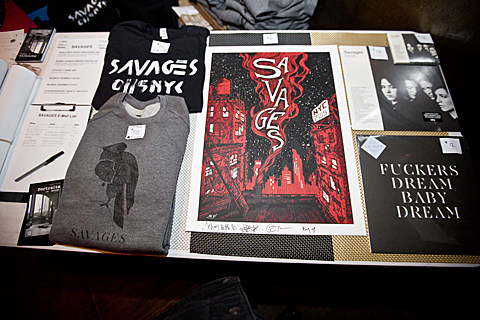