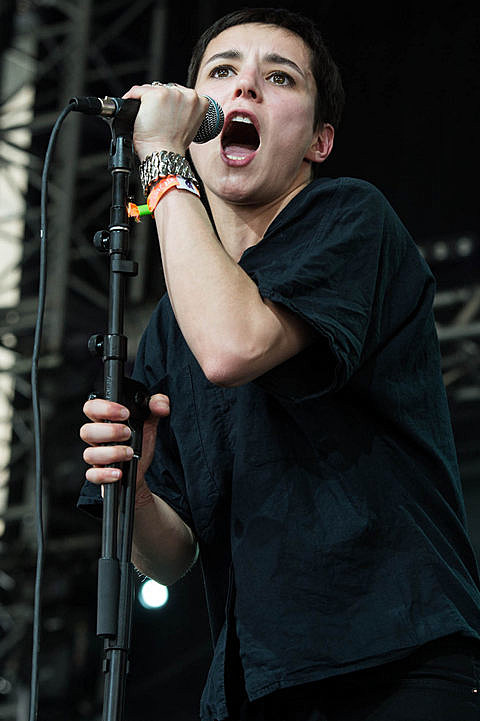 As mentioned, Savages are going on a tour this summer, which includes a NYC show happening at Webster Hall on July 11 (sold out). The band is coming back to North America in September to play Detroit's Laneway Festival and will be stopping in NYC on the way there for their biggest show here yet: Terminal 5 on September 12. Tickets for that show go on sale Friday (6/14) at noon.

This is the inaugural Detroit Laneway Festival (which has happened in other cites since 2004) which will take place at Meadow Brook in Rochester Hills, Michigan. The line-up also includes The National, Sigur Ros, Alunageorge, Charli XCX, Chet Faker, Chvrches, Deerhunter, The Dismemberment Plan, Flume, Frightened Rabbit, Haerts, Icona Pop, My Brightest Diamond, Phosphorescent, Run The Jewels (El-P + Killer Mike), Solange, Warpaint, Washed Out, and Youth Lagoon. Tickets for the are on sale now.

Updated dates are listed, along with the videos of Savages performing two songs on Late Night with Jimmy Fallon, below...