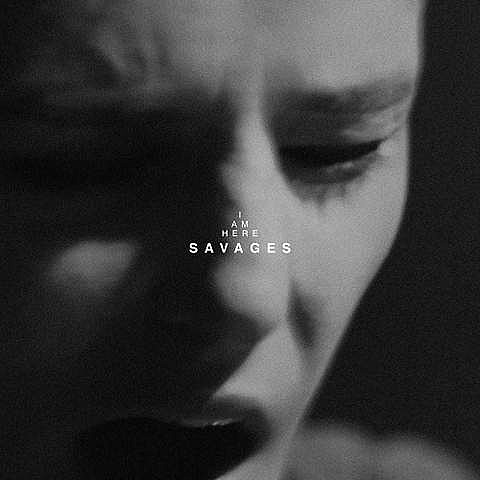 UK post-punk four-piece Savages, who we just profiled last week, are set to release a live EP titled I Am Here on September 30 digitally and on 12" vinyl on October 8 via singer Jehnny Beth's Pop Noire label. The EP includes a recording of their excellent single "Husbands," plus three others recorded on their UK July tour. The tracklist and a trailer video, which hints at more awesome sounds from the band, are below. That's the EP's cover art above.

As mentioned, Savages will be in NYC for CMJ. They've since revealed that one of their CMJ shows will happen at Mercury Lounge on October 19 with other bands TBA. Tickets for that show go on sale Friday (9/21) at noon with an AmEx presale starting Wednesday (9/19) at noon. Stay tuned for more CMJ show announcements.

A list of all dates, and the EP trailer video and tracklist are below.

Savages - "I Am Here" Trailer