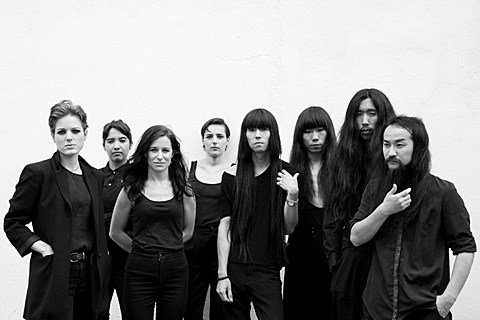 As discussed, Savages and Bo Ningen are releasing a collaborative album, Words For The Blind, next week (11/17) via Stolen Recordings / Pop Noire Records. The album is one 37+ minute song which can now be streamed in full below (via Dazed).

Savages (a band who's headlined Terminal 5) have also announced intimate NYC shows for early 2015 including January 12 at Baby's All Right, January 14 at Mercury Lounge (a venue they played in 2012), and January 17 at Saint Vitus. Tickets for Baby's and Vitus and tickets for Merc go on sale Friday (11/14) at 10 AM.