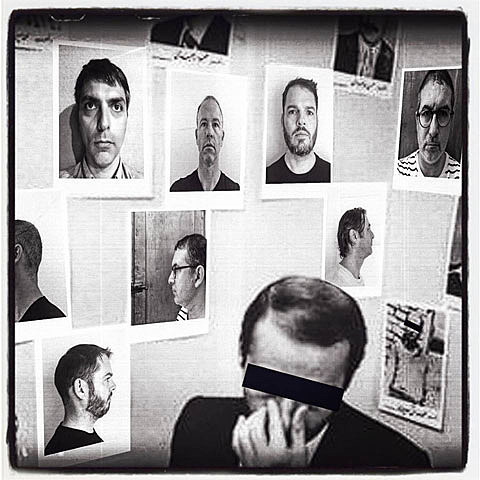 Brooklyn's SAVAK, the band co-fronted by Sohrab Habbibon (Obits) and Michael Jaworski (The Cops, Virgin Islands), are currently working on their debut album but will be playing some shows as well. During CMJ they'll be at The Rock Shop on October 14 for the International Rescue showcase with Eternal Summers, Bird Courage, Pinact and Chomp. For that show they'll be augmented by keyboardist James Canty (Ted Leo & the Pharmacists, Nation of Ulysses, The Make-Up) and a sax player. Tickets are available and you can use a CMJ badge/showpass as well.

SAVAK will also be opening for The Ex and Ken Vandermark on October 22 at The Bell House with DJ /Rupture (a show that was originally supposed to happen at The Wick). Canty will play with them at that show too. Tickets are still available. You can also catch SAVAK in Philadelphia on November 10 at Boot & Saddle with Dischord vets Soulside (whose Alexis Fleisig was also in Obits).

Sohrab will also be doing a solo show at Threes Brewery on October 21 with Steve Curtis (Hem, Little Silver) and Ray Rizzo (Glen Hansard, Dawn Landes, Papa M) and that's free. Flyer for The Rock Shop show, plus live recordings of SAVAK at Cake Shop, below... 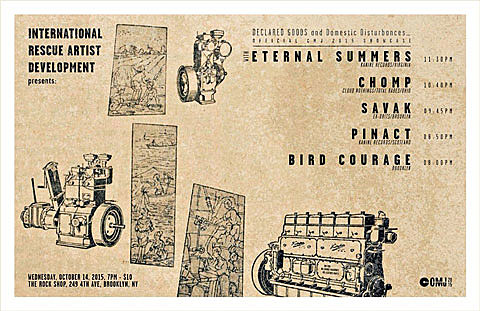