photo: SAVAK @ Cake Shop in May (more by Jena Cumbo) 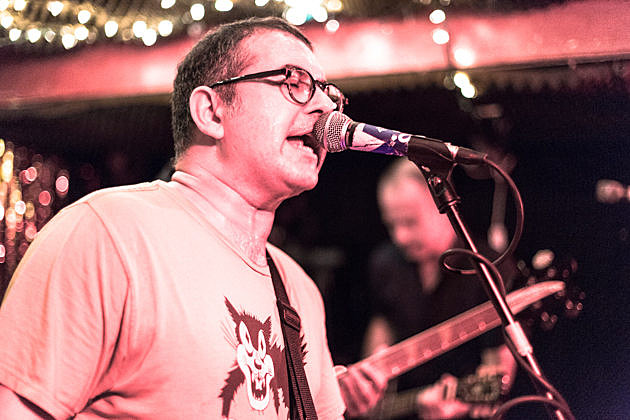 SAVAK, the new band featuring Sohrab and Greg from Obits, will be going on a short, four-city tour with Washington DC's The Effects. That tour wraps up in NYC at Union Pool on August 8 with Law$uits on the bill as well. SAVAK will then play Cake Shop the next night (8/9) opening for Hard Left. Tickets for Cake Shop are on sale now. Tickets at door for Union Pool.

The band also play September 15 at Mercury Lounge with Crooks on Tape (featuring John Schmersal and Rick Lee on Enon). Tickets are on sale now.

Savak haven't shared any other studio recordings beyond "This Currency Exchanged" which BV premiered back in May, but they have posted two songs from their live debut at Cake Shop. You can stream "This Currency Exchange" and "Early Western Traders" below. As I wrote, SAVAK seemed to arrive fully-formed, that Cake Shop show was great. Go see them if they're playing near you.

The Effects, meanwhile, is the new band from Devin Ocampo who you might know from Dischord acts Faraquet and Beauty Pill, among other bands. It's very much in that angular, post-post-post-hardcore style and you can stream a couple singles below. 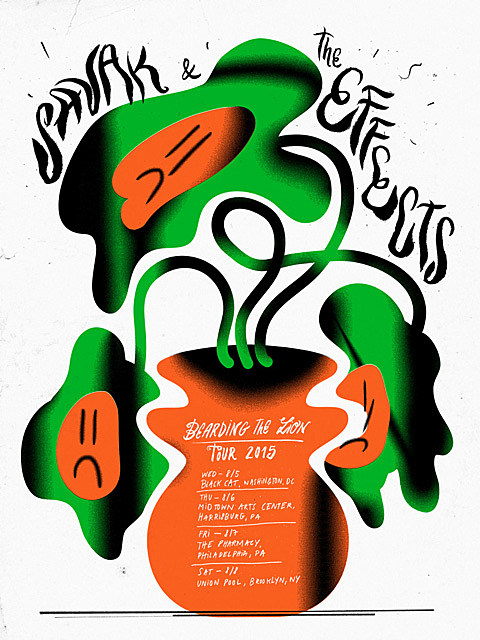