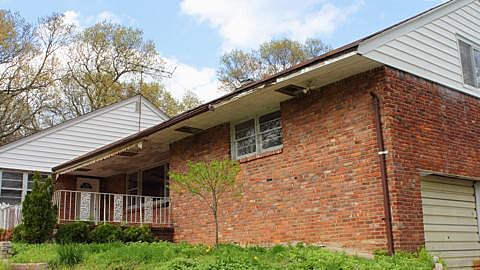 There is a house in Dix Hills on Long Island. It is a modest dwelling where John and Alice Coltrane raised their young children. It is the place where one of the greatest musical works of the twentieth century "A Love Supreme" was composed. It has been identified by the National Trust for Historic Preservation as one of the most endangered historic places in the country.

Carlos Santana, Chair of the Coltrane Home Honorary Board lends us his full support stating, "The Coltrane Home is a beacon to Coltrane lovers, jazz lovers and anyone interested in cultural history. I invite you to listen to the music of John Coltrane, open up your mind and heart to his musical language and visit the home where the universal tone was created."

The Home was saved from the wrecking ball, secured and stabilized, but much more needs to be done. The prominent firm of Frederick Schwartz Architects prepared a Historic Structure Report, an integral part of any historic preservation project. We were awarded grants from the National Trust for Historic Preservation, the New York State Office of Parks, and the 1772 Foundation.

Friends of the Coltrane Home are hoping to finish the restorations in time for next year's 50th anniversary of 1964's classic album, A Love Supreme. An Indiegogo campaign looking to raise an $85,000 goal, is underway.

There is also a benefit brunch on Sunday (10/6) at En Japanese Brasserie that is hosted by Carlos Santana with a live performance from the Ravi Coltrane Quartet. Dr. Cornel West and Ashley Kahn will speak, and honored guests include Wynton Marsalis, Marcus Miller, Jimmy Heath and Sonia Sanchez. Tickets are on sale.

Check out the Indiegogo campaign video on the restoration and stream A Love Supreme in full, below.