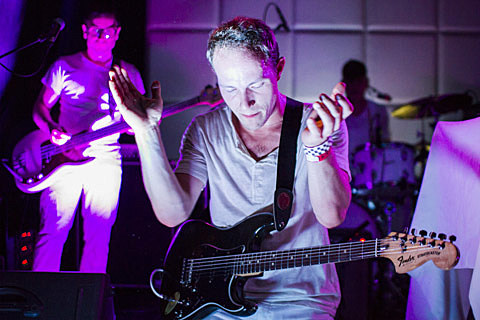 As mentioned, Savoir Adore are headlining Music Hall of Williamsburg on Saturday (9/21) with openers The Suzan, plus Ski Lodge, who were more recently added to the bill. The MHOW show is their biggest hometown show to date and they're sporting an extra-large version of the band with members of St. Lucia and Jukebox the Ghost adding extra percussion. Tickets are still available.

In our current age of instant hype, Savoir Adore have taken their time, rising steadily -- perhaps stealthily -- over the last five years through old fashioned hard work. That, and an ear for hooks and giant choruses that burrow into your head and refuse to leave. Those melodic skills can be heard on the band's second album, Our Nature, which was self-released last year and was picked up by Nettwerk this year. The new single off the album is "Regalia" and we've got the premiere of the Mighty Five remix of that song. You can stream that, and watch the video for it too, below.

Savoir Adore also did a BV Studio Session not too long ago and have a couple more East Coast shows after MHOW. Those dates are listed below.