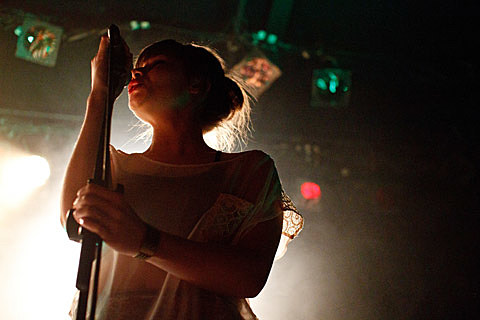 Savoir Adore are still riding on their second album Our Nature which, after a self-release last year, got picked up by Nettwerk back in March. The band's "Dreamers" video is closing in on one million views on YouTube and you can watch it below. The band play with pals/tourmates/collaborators The French Horn Rebellion at The Westway on Thursday (7/18) and tickets are still available.

Then in September, Savoir Adore will play their biggest headling show yet, hitting Music Hall of Williamsburg on September 21 with The Suzan as support. Tickets to that show go on AmEx presale today (7/17) at noon with tickets going on sale to the general public Friday (7/19) at noon. In between, the band have a couple West Coast shows lined up. All dates are listed, along with the "Dreamers" video, below.