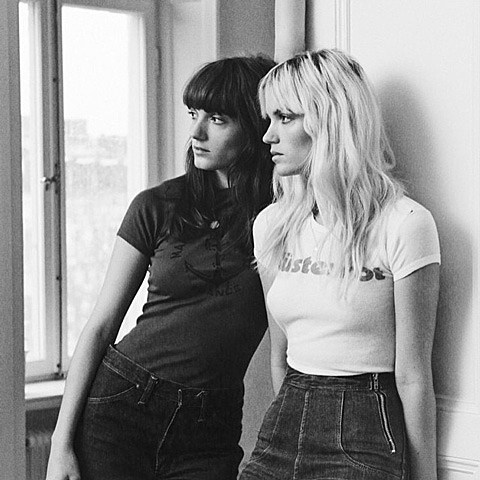 Say Lou Lou, the Australian/Swedish sisterly duo who used to be called Saint Lou Lou, are gearing up to release their debut album, Lucid Dreaming, on April 6. You can listen to their new single "Nothing but a Heartbeat" and watch the entirely ridiculous video for their very catchy collaboration with Lindstrøm, "Games for Girls," and another video below.

Having had to cancel their NYC shows two years ago, Say Lou Lou are now set to play two shows this spring: Baby's All Right on May 11 and Mercury Lounge on May 12. Tickets are on sale now, and tickets Mercury Lounge go on sale at noon. All dates, which include shows in LA and San Francisco, are listed below.

Fun fact: Say Lou Lou's Miranda Anna and Elektra June Kilbey-Jansson are the daughters of The Church's singer Steve Kilbey. He'll be over with The Church playing two NYC shows next week as part of their tour: Bowery Ballroom on March 13 and Rough Trade on March 14. Tickets are still available.