SBTRKT is in North America for a few nights this week. As announced (by us anyway), it was never guaranteed that the now-sold out Glasslands show tonight (7/6) would be anything more than a DJ set and Sampha was definitely never confirmed, though apparently some thought he was (link is nsfw).

On Thursday (7/7), SBTRKT DJs again at Camp Bisco in Mariaville, NY. On Friday (7/8), he'll make his way to Toronto to perform with "Special Guests". Sampha's name was removed from the ticket listing since our last post, though maybe he'll still be there, and another special guest too.

SBTRKT returns to New York on Saturday (7/9) for his PS1 Warm UP Event with Four Tet, FaltyDL, Matthewdavid and others. If you want to see SBTRKT live, PS1 is the place to be.As mentioned, the show is billed as a live set w/ guest vocalist who will hopefully be Sampha.

Tickets are sold out for tonight's Glasslands show but are still available for the PS1 show at three different locations mentioned below (or at the door if it doesn't sell out).

As pictured above, SBTRKT tweeted that there may be an after party the night of the PS1 show (we think he's telling the truth) (no clue if it's dj or live though).

Ticket locations for the PS1 show below... 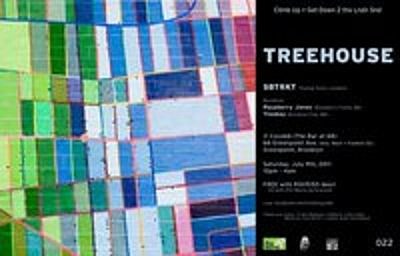