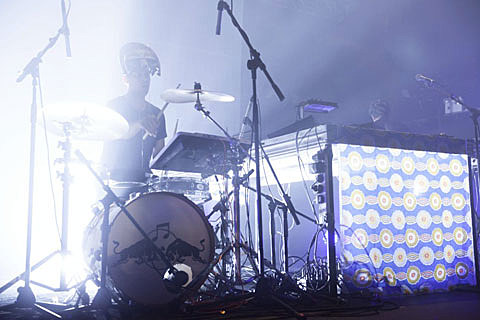 Today, SBTRKT has shared a new EP of instrumental material entitled Transitions. The six-track project is split up into three-parts, all of which will be released as 12"s. Transitions I is out May 5, Transitions II is out May 19, and Transitions III is out June 2 via Young Turks in advance of his second LP. You can take a listen to all but one number--titled "Gamalena"--at the bottom of this post. The complete EP is streaming via SBTRKT's website.

"This is music written over the last year, whilst recording for my second album. Much of the music I released before my debut album was instrumental and I want to continue to share this side of the music I make. This series of tracks is titled TRANSITIONS. " - SBTRKT

Take a listen to 5 out of 6 Transitions tracks below...