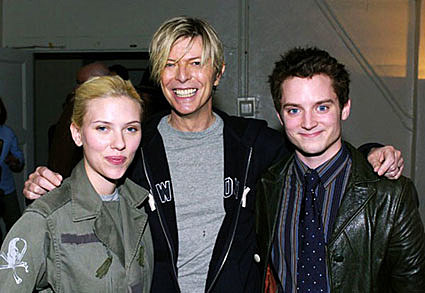 On May 20, Scarlett Johansson's Tom Waits covers album, titled 'Anywhere I Lay My Head,' sees its release, with guest spots from David Bowie and production by TV on the Radio's David Sitek. Spearheaded by Waits' 'Falling Down' -- from 1988's 'Big Time' -- this isn't your average celebrity music makeover.

"When I had the idea to do an album of Tom Waits songs, before I had even met Dave [Sitek], someone suggested I sing 'Falling Down,'" Johansson tells Spinner. "But I decided it was too corny for me to do just because it has the lyric about 'Scarlett and me.' But Dave hadn't even noticed it. When I mentioned it, he thought the synchronicity was crazy and I never even thought twice about it after that. I was like, 'Yeah, let's do it.'"

"With 'Falling Down,' our pursuit of making one song with both Kermit the Frog and David Bowie on it became a success," Sitek adds.

Have an exclusive listen to 'Falling Down' on Spinner.