The Roots at Prospect Park (more by David Andrako) 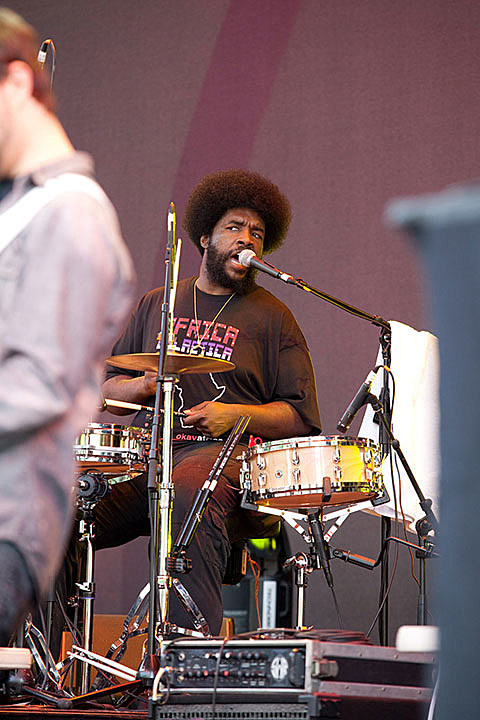 For a while there you could ring in the new week with The Roots at Highline Ballroom. You can currently ring in the weekend with Questlove who is on the tables at Brooklyn Bowl every Thursday night, and now you can ring in the new YEAR with the "organic hip hop jazz" crew. The Roots will play three sets at the Williamsburg venue on New Year's Eve starting at 10PM. $85 tickets go on sale 10/29 at noon.

The Roots recently released a collaborative LP with John Legend entitled Wake Up and played a big show Terminal 5, and a whole bunch of other smaller NYC venues together (lots of private and surprise promotional shows).

Video of School of Seven Bells playing Fallon (with a drummer which actually made them a trio), and video of the whole episode (Jimmy introduces Gary Wilson right after the intro), below...