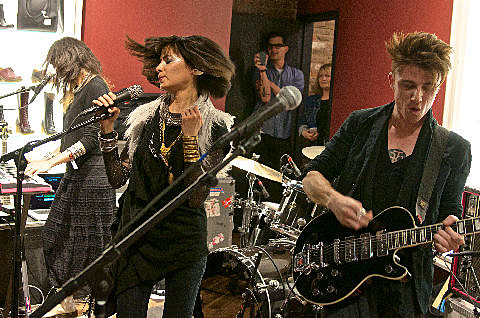 Danceable BrooklynitesSchool of Seven Bells play locally a lot, and as you know they've got a Music Hall of Williamsburg show (1/31) at the end of the month, which fellow Brooklynites Prince Rama and Weeknight were added to (tickets).

But the band also just played a less traditional show in NYC last week. They stopped by Union Square for a show at the Doc Martens' store. They played a five song set (setlist below) and then returned to play "Scavenger," which wasn't on the setlist. The show was free and those in attendance were also treated to free beverages, courtesy of Goose Island and AQUAhydrate, and for the fast food lovers... White Castle. Aaron Pfenning of Rewards provided tunes before SVIIB came on. Pictures of both artists are in this post.

School of Seven Bells also recently stopped by Bait and Tackle in Red Hook, Brooklyn to perform an acoustic version of "Scavenger" for Geocachers in one of the bar's booths. The video of that performance, plus videos of SVIIB at the Doc Martens store, along with more pictures from that show, below... 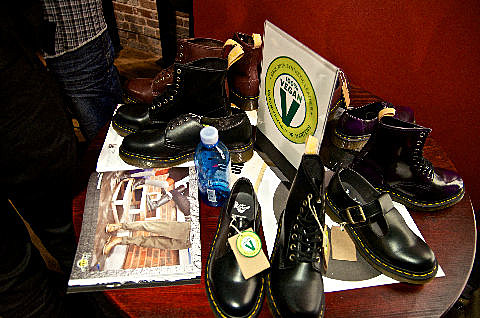 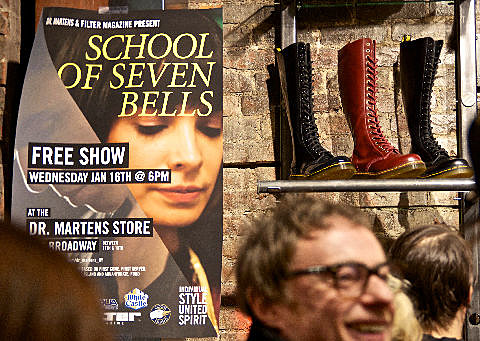 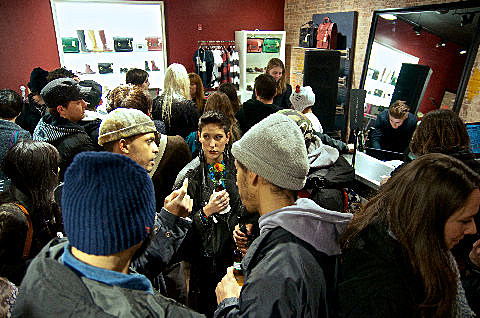 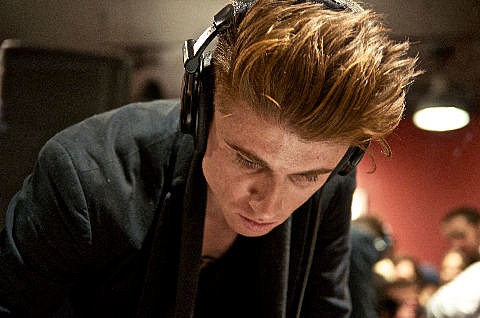 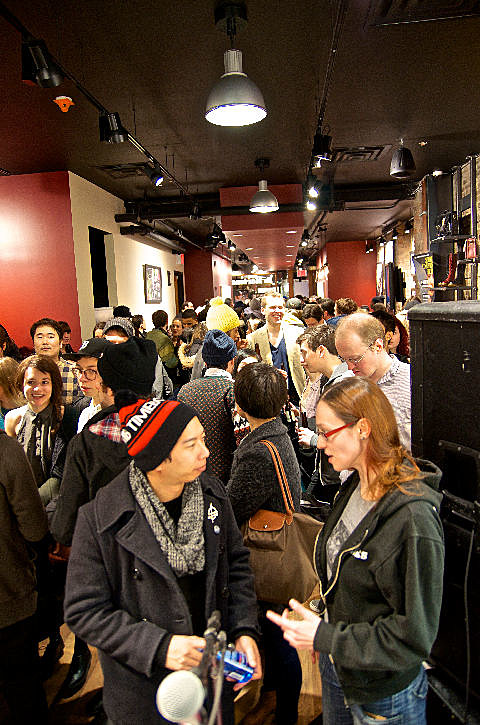 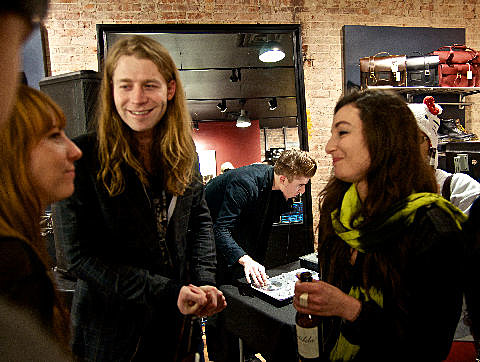 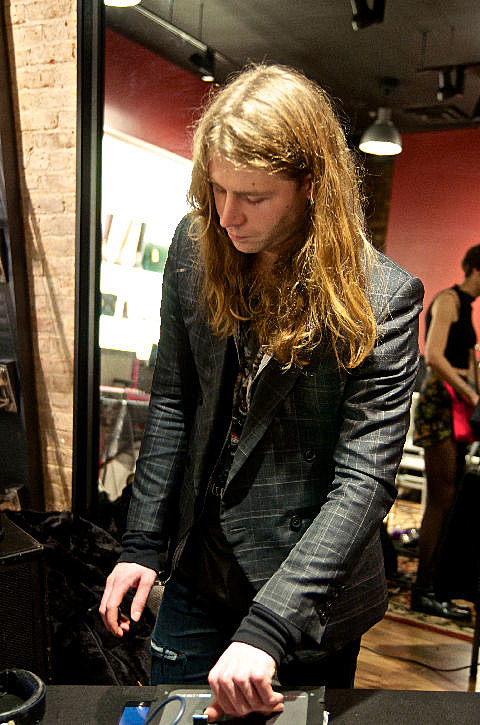 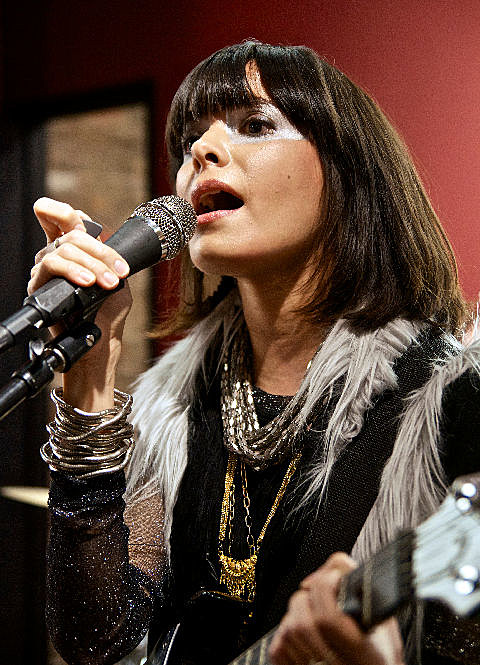 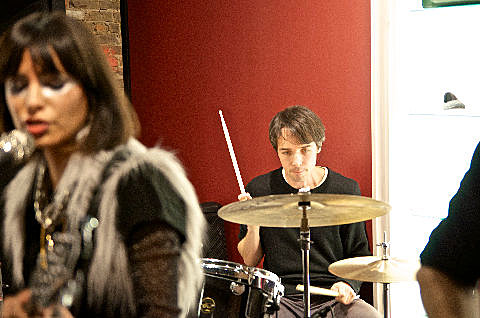 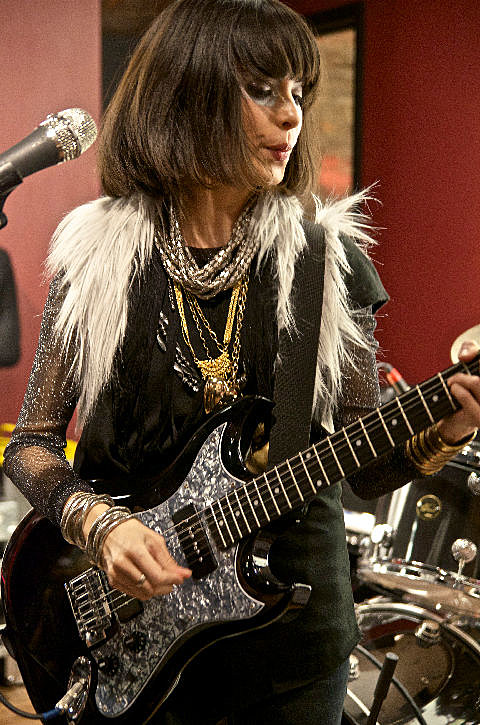 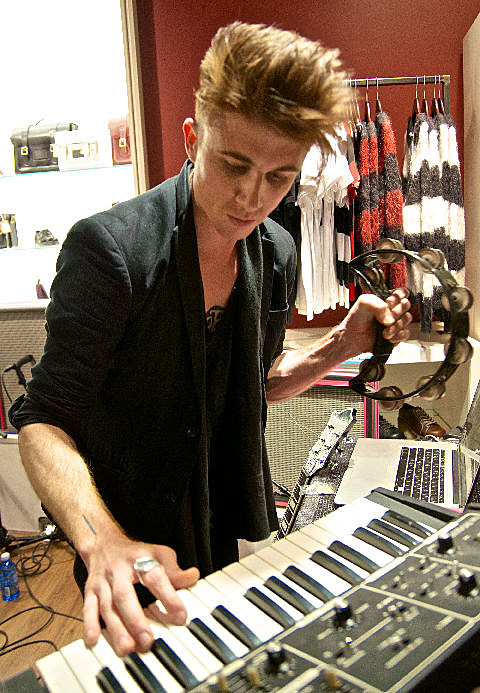 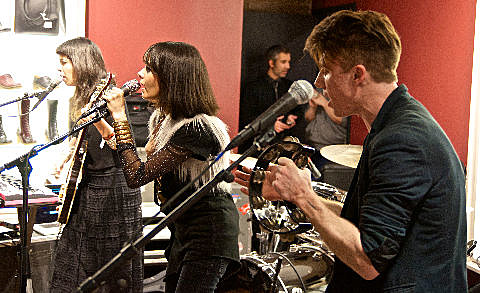 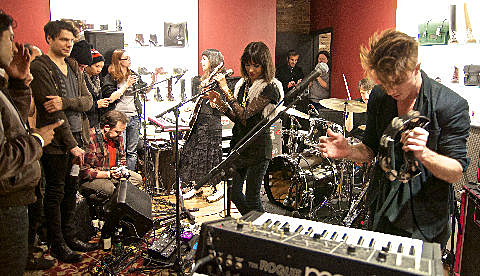 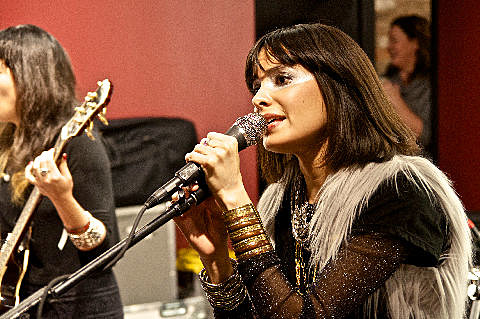 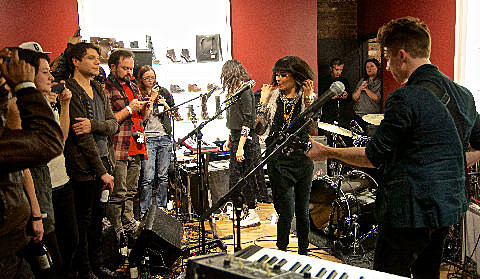 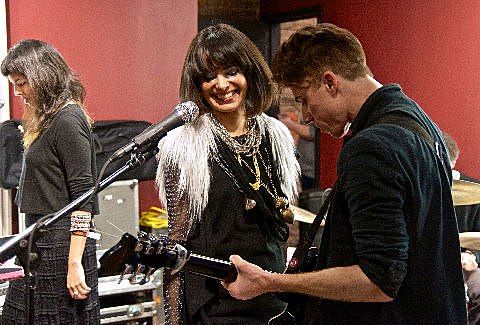 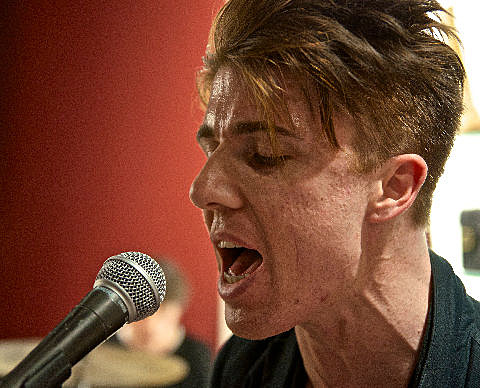 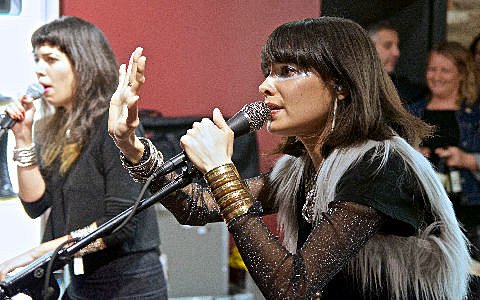 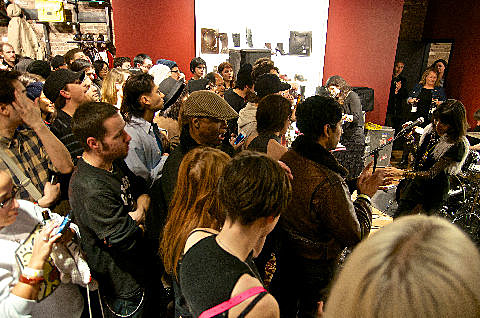 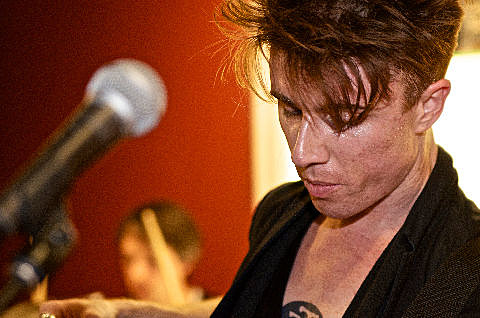 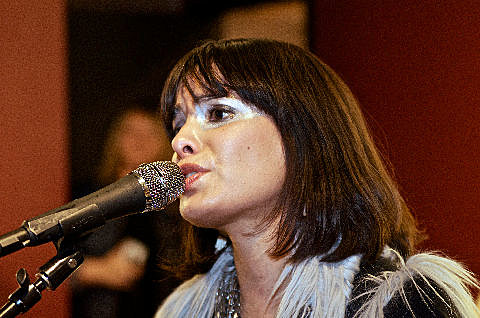 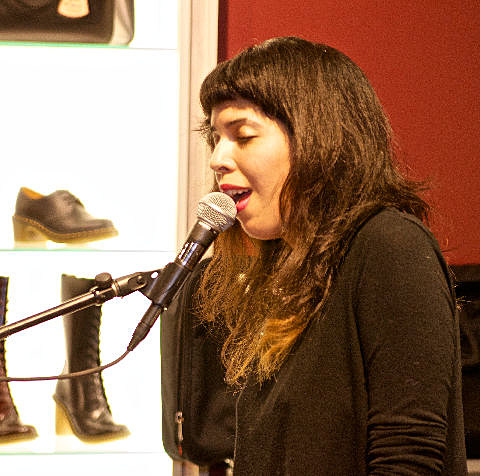 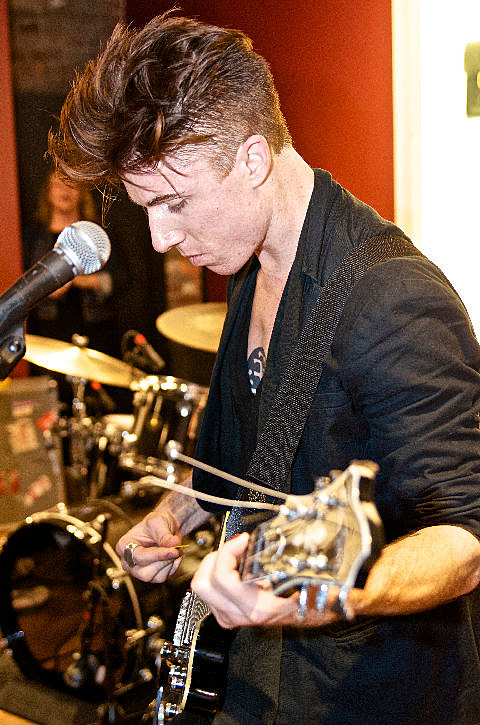 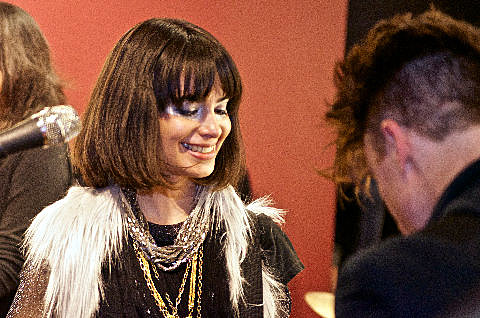 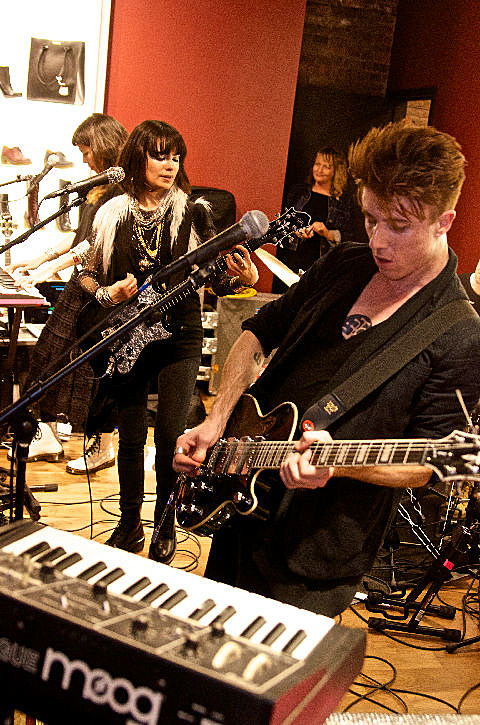 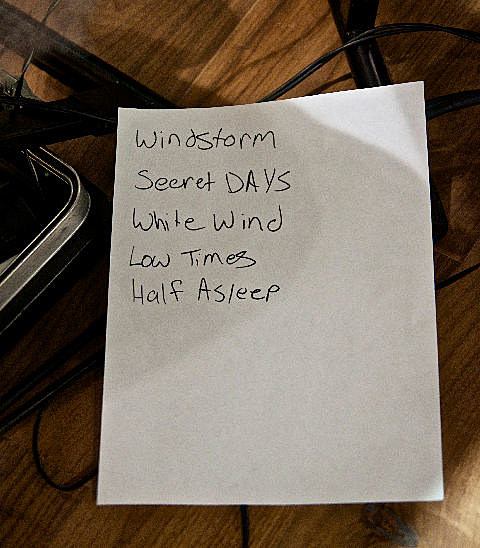 School of Seven Bells - "Scavenger" at Bait and Tackle